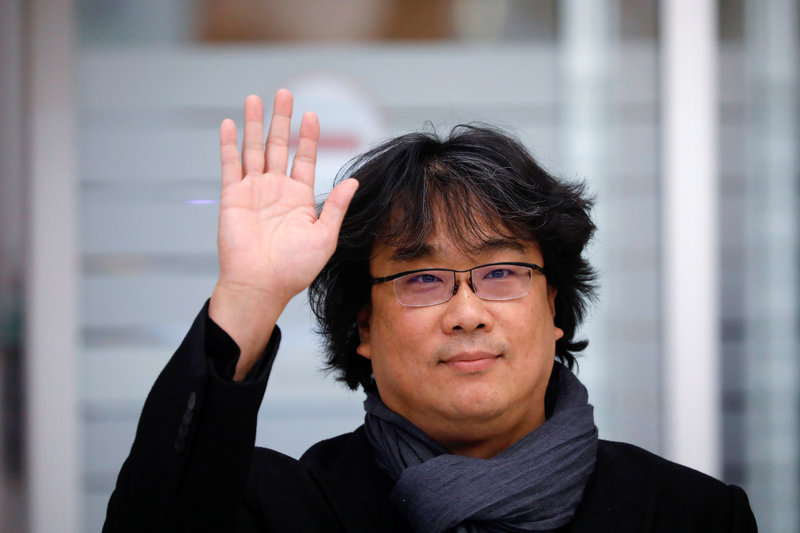 During the 92nd Academy Awards, Bong Joon-ho's "Parasite" made history after it became the first non-English movie to win the Oscars' Best Picture. It also grabbed three other wins out of six nominations, including the best director, best original screenplay and best international movie.

After the South Korean satirical thriller conquered the awards night in Hollywood, its sales immediately skyrocketed.

Before the prestigious awards ceremony, "Parasite" premiered at the 2019 Cannes Film Festival on May 21, 2019. During the event, the film became the first South Korean masterpiece to win the Palme d'Or (the highest prize at Cannes).

Sure enough, that was just the start of more awards to come for the flick.Besides the Oscars, "Parasite" also won as the best foreign language film in the 2020 Golden Globes awards.

Their luck continued to materialize after the Oscars, as the movie garnered an additional $5.5 million sales at the box office over the weekend. With that success, its worldwide sales reached $204 million -- $44 million in the U.S. and the remaining $160 million from the international market.

The numbers show a 234 percent increase in sales for the film compared to the weekend before the 92nd Academy Awards. With this massive increase, "Parasite" director Bong Joon-ho now enjoys the biggest "post-Oscar boost for a best picture winner" in the past decade.

"It's a great win for Parasite," said Paul Dergarabedian, a senior media analyst of Comscore. "This example can put to rest the notion that streaming and the big screen are adversaries. Parasite is doing well on home video and in movie theatres. Both formats can be successful."

Currently, "Parasite" follows "Crouching Tiger," "Hidden Dragon," and "Life is Beautiful and Hero" in the list of the most successful international film in U.S. history.

Aside from its massive box office sales, "Parasite" also peaked in the sales in DVD, Blu-Ray and digital.

Last week, the movie topped Apple's iTunes and Amazon's charts, which also counted the number of viewers who preferred to see the film at home.

"Parasite" impressed both viewers and critics, as it has a 99 percent critic score on Rotten Tomatoes.

​In October 2019, Joon-ho told The Atlantic about the "Parasite" budget. He hinted that it only took them "around a fifth" of the budget for his Netflix movie "Okja."

According to IMDb Pro, it took $50 million to produce "Okja." With that said, it means that the Oscar-winning film cost just around $10 million.

"I love this scale and budget. That's the reason my next two projects - one is Korean language, and one is English language - both are relatively small, like this one," Joon-ho furthered.

The film has won in awards shows and in theaters, and luckily for the cast and production team, their journey is not over yet. After all, more increase in sales is expected in the upcoming days.

Neon, the movie's distributor, expanded the film to 1,060 locations after its Oscar nominations, according to Comscore. They still plan to send it to more than 2,000 locations in the U.S. soon.

READ MORE: 5 Movies By Bong Joon Ho You Can Binge-Watch After 'Parasite'