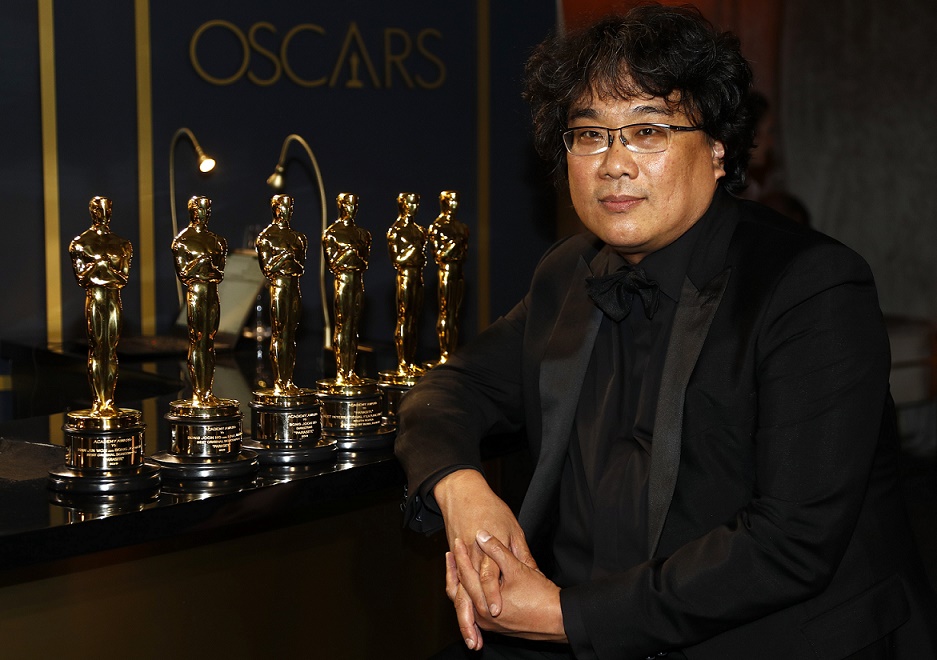 After the record-breaking Oscars win of "Parasite," Bong Joon-ho outshined other famous directors in Hollywood. Now that he got your attention and interest, we compiled five of his other masterpieces that you can binge-watch online.

To recap, "Parasite" took home four Oscars awards, including Best Picture, Best Director, Best Original Screenplay, and Best Foreign Language Film. The aforementioned acknowledgments are just some of the honors they received ever since the movie stormed the theateres.

If you automatically became a fan of Joon Ho after watching "Parasite" and are still craving for more, you are in luck since we made the search easier for you!

Out of the several hit films the acclaimed director created throughout his career, we listed the five best Joon-ho movies you can watch on different streaming services.


Before Joon-ho's picture-winning film won the hearts of moviegoers, he made waves with 2017 South Korean-American action-adventure film "Okja" Now, the said film is available on Netflix.

The story is about Mija and her massive animal friend (a super pig) Okja, who spend their lives in the mountains before they embark on a cross-country adventure.

The two had to transfer from one place to another to protect the oversized animal, but their lives get even more complicated when they meet groups of capitalists and consumers.

In the end, the movie will let you realize that there is an animal inside all of us, and you will be surprised how "Okja" will unveil all the ways to promote animal and environmental preservation.

If you are a fan of giant monsters and nerve-racking scenes, "The Host" should be on the top of your list.

The 2006 film unveils the story of a young girl who gets caught by a giant monster living in the middle of the Han River. The appearance of the colossal being brings the capital city into a state of emergency and the young girl to an unknown place.

However, it won a roll of awards locally and abroad and even got nominated countless times in different awards shows like the Asia Pacific Film Festival and Chunsa Film Art Awards.

This 2003 South Korean film focuses on the classic life under the Korean military dictatorship way back in 1986. The story orbits around two rural cops and a special detective as they get involved in a series of brutal rape murders and crimes.

Based on the true story of Korea's first serial murders in history, the film was the second film ever directed by Joon-ho since his debut in 2000 with "Barking Dogs Never Bite."

With "Memories of Murder," he earned praises for his cinematography. The film is considered one of the best South Korean films of all time.

Based on the French graphic novel Le Transperceneige by Jacques Lob, Benjamin Legrand and Jean-Marc Rochette, Joon-ho created this science fiction/action film in 2013.

This became the director's first English-language film. Interestingly, it also appeared on film critics' top 10 films lists in 2014 after its record-breaking international release.

The story is about humanity's attempt to stop global warming through climate engineering. However, they end up creating a Snowball Earth instead, starting a modern ice age in 2014. Things get more complicated as the surviving humans stay inside the Snowpiercer train where a series of killings is done to sustain life inside.

Produced with a budget of $40 million, "Snowpiercer" earned $86 million wordlwide. It is also worth noting that a TNT adaptation is coming after its movie success.

Can a director combine thriller and drama in one film? Well, everything is possible for Joon-ho.

The 2009 film "Mother" is about an unnamed widow who conducts unlicensed acupuncture and eventually struggles because of the debt of her son, Yoon Do Joon.

After its U.S. premiere in February 2010 as part of the Santa Barbara International Film Festival, "Mother" immediately received its Best East Meets West Cinema Award from the ceremony.

It garnered a total of $16 million in sales in South Korea alone, becoming the sixth most-watched domestic film of 2009.

READ MORE: 'Friends' Blu-Ray: Get This Now Because It's Never Coming Back To Netflix U.S.!