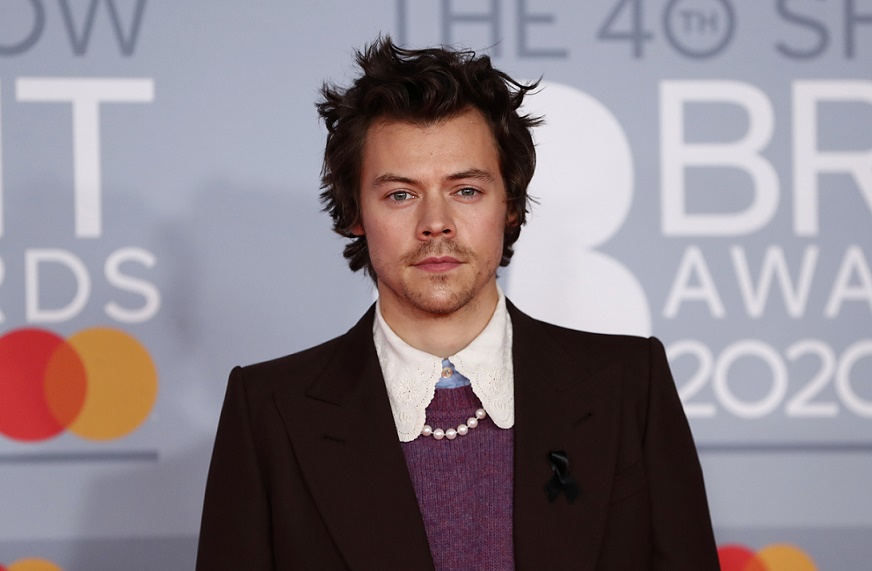 Harry Styles had his own way to solemnly remember her ex-girlfriend Caroline Flack after her sudden and tragic death.

Arriving at the 2020 BRITS Awards Ceremony on Feb. 19, Styles flaunted his physique at the red carpet event while wearing a brown suit, a white and blue shirt underneath and a purple jumper.

But what caught the paparazzi's lenses and people's eyes was the black ribbon (which symbolized mourning) attached on his left lapel. Just like what everyone thought, it was his way to pay respect to Caroline, who took her own life in her London flat on Saturday.

After offering a tribute, the 26-year-old "Sign of The Times" singer went on and performed an emotional rendition of his ballad song "Falling" at the 02 arena.

Aside from the former member of One Direction, returning BRITS Awards host Jack Whitehall also took the chance to follow Styles' gesture with an emotional message for the late presenter.

"Over the weekend, we learned the news that Caroline Flack tragically passed away," Whitehall said. "She was a kind person with an infectious personality, and I speak for everyone here when I say our thoughts are with her friends and family."

Flack previously hosted the BRITS red carpet and co-hosted its encore show for ITV 10 years ago. She will be added to the ceremony's "In Memoriam" page, which was created for the people who have died since the last awards season.

Since the public learned Flack's death, the 40-year-old radio presenters' friends and family shared their messages online. However, Styles is yet to share his comment publicly.

What Happened to Flack?

Hours after she found out that the Crown Prosecution Service would push through her case, Flack committed suicide at her apartment in East London.

The news came after she was scheduled to stand trial next month for allegedly assaulting her boyfriend Lewis Burton last December 2019. The allegations caused her to step down from her hosting gig at the first-ever winter series of the reality show "Love Island."

Her family confirmed her death through a statement on the same day, saying, "We can confirm that our Caroline passed away today on Feb. 15. We would ask that the press both respect the privacy of the family at this difficult time."

Flack Spoke About Harry For The First and Last Time

Since they broke up in 2011, neither Styles nor Flack ever publicized any details about their relationship.

Nonetheless, Flack once mentioned their broken relationship in an excerpt from her 2015 autobiography, "Storm in a C Cup."

According to the presenter, she knew that Styles had a crush on her since he kept on publicly citing her name in his magazine interviews.

"I've never felt I was much older than Harry," she said, referring to their 14-year age gap. "I still feel 18, and I probably act that way half the time. Although it was just a bit of fun, we decided it was best to keep it to ourselves as we were both working for Simon Cowell."