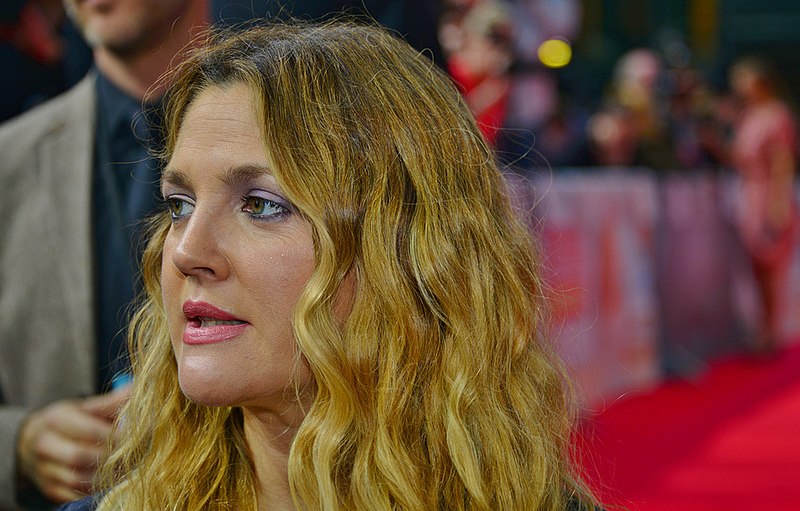 Drew Barrymore had to lose weight to play the role of Sheila Hammond in the Netflix series Santa Clarita Diet. Luckily for her, she was able to do it with the help of one person.

Barrymore successfully reached her desire weight, thanks to fitness trainer Marnie Alton. And the "50 First Dates" actress expressed her appreciation for the amazing help she got to reach her wellness transformation.

In the celebration of Wellness Week, the actress shared several photos and videos of herself to document the work she has done with Alton. The actress proudly showed off the much slimmer body she has, thanks to the hard work she has put into working out to achieve it.

View this post on Instagram
#WELLNESSWEEK @marniealton @mbodybymarniealton This woman is my long time teacher and dear important friend. She has helped me. Healed me. Encouraged me to keep going when I felt like being strong was an insurmountable task. We have known each other for about 15 years and when I told her I wanted to transform my body for #SANTACLARITADIET she helped me. Every spring, when I would start training to become #SHEILAHAMMOND Marnie was the one who got me there. I lost 20 pounds and trained like a mother. She also is the most amazing person. She is poetry in a human being. The best heart. Her priorities are in the right place. She is humorous and so so so knowledgeable about our bodies. I love her. Inside and out. Her classes are always booked up and we all love to run to her for her spirit and leadership for all things healthy. We hope the people in the wellness world are actually healthy in their hearts and minds. It's not all about being terminators! It's about how to find yourself. How to be your best self. But we need guidance and we hope our teachers are smart and wise and sane! Marnie is one of the greats. Period. And if your looking for a life change or to find your consistent tribe, she is where I found mine. A post shared by Drew Barrymore (@drewbarrymore) on Feb 18, 2020 at 7:25am PST

The 44-year-old actress shared that her "long time fitness teacher turned important friend" has not only "helped" her lose weight, but she has also "healed" her in many ways possible. She also shared that this friend of hers has encouraged her to keep going whenever it felt like being strong was an insurmountable task.

Apart from her improved wellness, the "Never Been Kissed" star also discussed the diet plan she followed to help her lose a few extra pounds for her mom-turned-zombie role in the series Santa Clarita Diet. The role required her to mirror a woman who was on a high protein diet. This was when Alton became a huge help.

The Role to Fit In

"Every Spring, when I would start training to become #SHEILAHAMMOND Marnie was the one who got me there. I lost 20 pounds and trained as a mother," Drew said.

The "Blended" star included several videos and photos of her working out with the trainer. Alton and Barrymore both worked together in the studio and at home.

The actress added several inspirational poems about loving one's body and taking care of it.

Barrymore described her fitness friend Alton as someone who is so humorous yet knowledgeable about the human body. "I love her inside and out," the actress expressed. She then continued on to say that she is hopeful that everyone in the fitness world is actually healthy in their hearts and in their minds.

Barrymore furthered that it was Alton who helped her learn that welness and weight loss "it is not all about being terminators." Rather, "it was about finding yourself to be the best version of it."

"We all need guidance and we hope that our teachers are smart and wise and sane! Marnie is one of the greats," Drew wrote.

Barrymore has always been candid about her weight loss struggle. In the past, she would simply shrug off the challenges of losing weight, but now that the series on Netflix has been finalized, she knew she needed to do something to lose all the extra pounds.

"Let's face it, I hate it," Barrymore said when asked about her diet whenever she is filming a movie.

During an appearance on The Late Late Show With James Corden in March of 2018, Drew also revealed that she would rather eat pasta all day long than worry about her diet.

But Barrymore was determined to show how her character in the series has gone through significant changes since it became a zombie. Coincidentally, Drew -- at that time -- was also going through some changes in her life as she and ex-husband Will Kopelman decided to end their marriage.

"When I started the show, I was 145 lbs and my life was falling apart," the actress revealed. She said that she talked to the producer of the show and told him of her plan to lose 20 pounds, change her eyebrows, and the height of her shoes to show the transformation of her character from being the typical mom to being someone who is empowered and alive.

When her producer agreed to her plans, Barrymore knew that she needed to make the transformation happen.

Although it all started for her role in the series, her weight loss has helped her feel fantastic from deep inside.