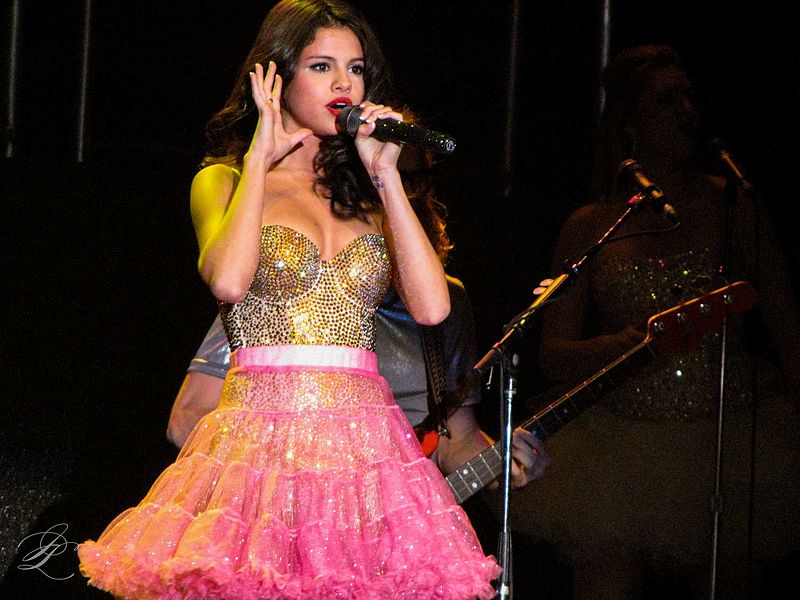 Selena Gomez gave her fans what they have been asking for, and she is not stopping.

It took Gomez nearly five years to complete another album, but she did not disappoint. When she released the songs "Lose You To Love Me" and "Look At Her Now" before 2019 came to a close, everyone knew she was talking about her relationship with Justin Bieber.

Now, the young singer released a new song (technically). And apparently, people are thinking it is about Biebs again.

During her 2016 "Revival" tour, Selena introduced her song "Feel Me" and her fans could not stop talking about it.

Due to insistent public demand, the singer gave in and revealed in a tweet that "Feel Me" is now "out online and vinyl everywhere."

What got everyone intrigued is the fact that the said track talks about a cheating ex-boyfriend, which she wrote way back when she and Justin Bieber were trying to keep things together.

Evidently, their rocky relationship has inspired her to come up with another song that shows her frustrations about her love life.

Does this mean he cheated on her? Well, it is worth noting that Selena has been very honest in saying that the songs in her latest album "Rare" speaks a lot about her love life (particularly Biebs) and what she had to go through in the last five years.

While everyone knows of her health scare, her fans are also aware that the "Back To You" singer wrote songs to help her move on from her ex.

Selena Gomez has talked about and made several references to her past relationship with Bieber, from her heartbreak when they broke up to her reaction to Justin's mariage with Hailey Baldwin.

In a recent interview, Gomez claimed that she was "emotionally abused" when she was in a relationship with the "Sorry" singer.

"I do not want to spend the rest of my life talking about this, but I am really proud that I can say I feel the strongest I've ever felt," Gomez told NPR's Weekend Edition Sunday. "I have found a way to walk through it with as much grace as possible."

Baldwin, on the other hand, has previously told the press how afraid she was that Selena's new songs would put Justin back in the dark.

Although Justin has not directly responded to Selena's allegations of "emotional abuse," Bieber admitted in his recent interview that he was "reckless" while dating Gomez . He noted, however, that everything he experienced with Selena has helped him build a better relationship with his wife.

The "Yummy" hitmaker told Zane Lowe, "I went off and just went crazy, and went wild, and was just being reckless." The singer further added, "This time I took the time to rebuild myself and focus on me, and try to make the right decisions. I got better."

Bieber also confessed that he confided to Hailey about how "hurt and broken" he was when they started dating.

"I think I was dealing with "unforgiveness" and that made me struggle a lot," Bieber said.