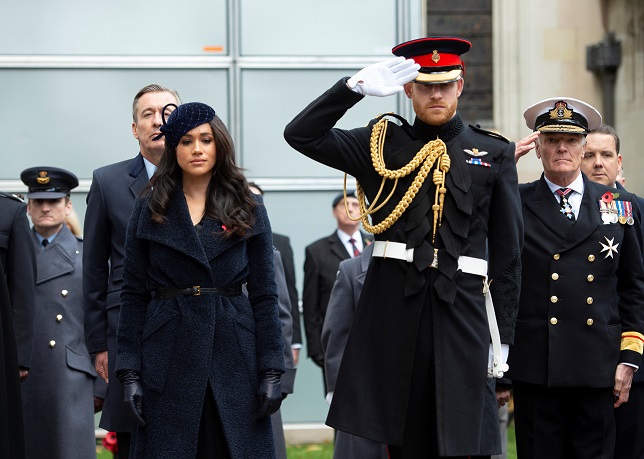 Earlier this month, news broke that Prince Harry and Meghan Markle are planning to spend most of their summertime in Meghan's native city in Los Angeles, California. Rumor has it that the Duchess of Sussex is scouting possible homes that will cater to their needs to have a private life and be able to entertain guests as well.

A source told E! News that the 38-year-old former actress is talking to security personnel and a group of people to form her new team.

"Meghan would like to be able to do meetings at the house and also be able to host friends and entertain. Those are two things that are important to her," the source said.

After almost a month of search, it looks like the ex-working royals already found their L.A. sanctuary, but it will surely cost them a fortune.

A Home for Stars

According to reports, the Sussexes are now eyeing a $20 million mansion previously owned by "Baywatch" star David Charvet and his ex-wife Brooke Burke.

An online listing states that the mansion called "Petra Manor" located in Golden State boasts eight-bedroom, ten baths, a swimming pool, a tennis court, a wine cellar, a dance studio, and a fully-guarded security house. It can fit a maximum of 16 guests and rented for a whopping $15,950 per night.

"An estate of the grandest proportions awaits you at Petra Manor. Outfitted for the most discerning of guests, you'll find extensive amenities, a luxuriously private setting, and artisan craftsmanship," the listing states.

"Stay Awhile Villas" owner Stuart Heller said that Petra Manor is exclusively available for short-term rentals and not for sale. With that said, Meghan and Harry will only live there for a while during their stay in California.

Stuart also confirmed that the Duke and Duchess of Sussex have never dropped by the mansion to have an ocular visit.

According to Daily Mail, if Meghan and Harry decide to settle in Petra Manor with their nine-month-old son Archie, the family will be a lot closer to Meghan's mom, Doria Ragland. It is because the 63-year-old Doria only lives 30 miles away in Windsor Hills.

The beach-front Italian-inspired mansion is also a leap away to the homes of the brightest stars in Hollywood, including Robert Downey Jr., Mel Gibson, Dick Van Dyke and Caitlyn Jenner.

It also gives them easy access to both T.V. and movie powerhouses, including Netflix and Disney.

Earlier this week, Meghan and Harry confirmed that they would be officially stepping down as senior members of the royal family by the 31st of March.

According to the Sussexes' spokesperson, the couple will be under a 12-month transition period to make sure all arrangements will be beneficial to all parties involved.

By April 1st, the couple will also have to drop the use of "Sussex Royal," especially during their charity works