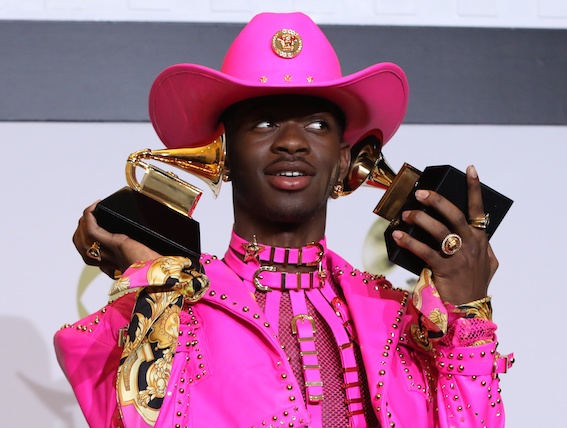 Who does not want wedding surprises like celebrities crashing your big day? That would totally be "a moment to remember."

Lil Nas X went all out and made an epic surprise after he crashed a wedding reception at Disney World last Saturday, Feb. 22.

The Grammy award-winning rapper posted via his Twitter account on how he hilariously went to someone else's special day ... uninvited.

Wearing his signature cowboy hat and with an all-white sporty ensemble, the singer-songwriter was seen entering the hall hand-in-hand with the bride and took the dancefloor while his single "Old Town Road" played in the background.

Guests at the wedding were completely shocked by Lil Nas X's "grand entrance." A woman even blurted out "What the f**k is happening right now?!" as the singer walked past her.

Fans on Twitter instantly went crazy and expressed how lucky the newlyweds were to have a famous guest, especially the country trap singer himself

Online user @badtoarmani  replied to the post by the "OTR" hitmaker and said: "Can you do this to my wedding."

Another one invited the rapper and said: "come crash my family reunion tomorrow!!!"

Slowly but surely, the 20-year- old artist carved his name in the music industry after his debut EP "7" in June 2019. Since then, the album has gained chart-topping recognitions and awards.

His record-breaking song "Old Town Road" has generated more than $5 million and was able to surpass the reins of "Despacito" and "One Sweet Day" after being in the top spot for 17 consecutive weeks in Billboard Hot 100. This was also Billboard Top 100's most prized record in 60 years history.

With just less than a month after his debut, Lil Nas X made it to the number 18 spot on Forbes' top-earning country stars with $14 million next to "Wild One" singer Faith Hill and American Idol winner Carrie Underwood.

Lil Nas X has proved that he's not a one-hit-wonder.

In an interview by Power 105, Lil nas X confirmed that he aims to make "at least 70 songs" and assured fans that he has a variety of tarcks to choose from in preparation for his first-ever full-length album.