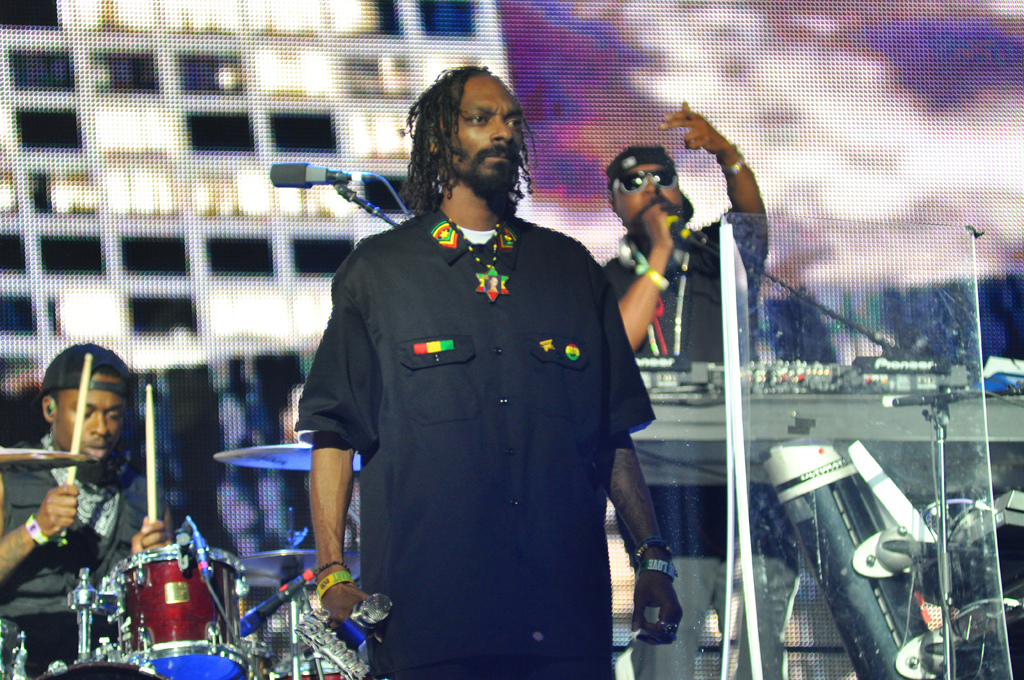 During the appearance of Snoop Dogg at Jada Pinkett Smith's "Red Table Talk" series, he sat down with the ladies of the show to talk about why he publicly criticized Gayle King.

"I let my emotions get the best of me. I was frustrated on top of just venting," the 48-year-old rapper admitted.

Snoop Dogg revealed that the response fans had regarding his rant made him realize the full reach of his platform, saying: "It made me feel like I had too much power. And at that particular time, I was abusing it."

He even confessed that it was his mother, Beverly Tate, that convinced him to apologize to King.

"My mother raised me in church, and she raised me to respect women. It was certain things she said to me that took me back to being a little kid," he said.

Snoop Dogg also admitted that he slid into Gayle King's DM and sent her a "little prayer" and a personal apology.

Their row started when CBS teased a clip of Gayle King's interview with WNBA star Lisa Leslie, one of Kobe Bryant's friends.

Snoop Dogg was not happy with the short video that discussed Bryant's rape allegations who passed away on January 26. Kobe, along with his daughter Giana and seven other passengers perished in a helicopter accident in Calabasas, California.

King asked the WNBA player whether her friendship with the basketball legend was complicated due to the sexual assault allegations he had in the past.Leslie responded that it was not the way at all because Bryant never seemed to be the kind of person who would act violently toward a woman.

After the videos tormed the internet,the 48-year-old rapper dropped a video on Instagram in which he addressed the controversy.

In his video, Snoop Dogg could be heard saying, "Respect the family and back of b*****, before we come to get you."

"I'm a non-violent person, when I said what I said, I spoke for the people who felt like Gayle was very disrespectful towards Kobe Bryant and his family."

By February 6, the "Drop It Like It's Hot" hitmaker had 1.1 million likes on his video post, including from many celebrities and famous faces like 50 Cent and Bill Cosby.

When King's interview hit the air, Bryant's fans were furious -- including Snoop Dogg.

In the midst of the fallout, King slammed CBS and stated that she was not happy with the way they cut the clip out of context. saying she is "embarrassed" by everything that happened.

Following her statement, Snoop Dogg released another video on his Instagram, clarifying some of his earlier comments. He stated that he was outraged and that he should have "handled things differently" before apologizing to the journalist as "two wrongs don't make no right."

Gayle King accepted the apology of Snoop Dogg, saying in part, "I understand the raw emotions caused by this tragic loss. I'm deeply sorry that the questions I asked added to that pain. That was never my intention."

However, sure enough, not everyone was happy with what Snoop Dogg did. Jada Pinkett Smith revealed  in her show that she was disappointed with the rapper and that her heart dropped because she felt like Snoop's attacks were directed to all black women

"I felt like not only were you talking to Gayle, but you were talking to me," Smith said. She added that she really wanted to have "this" conversation with the rapper because it would heal Snoop Dogg's spirit.