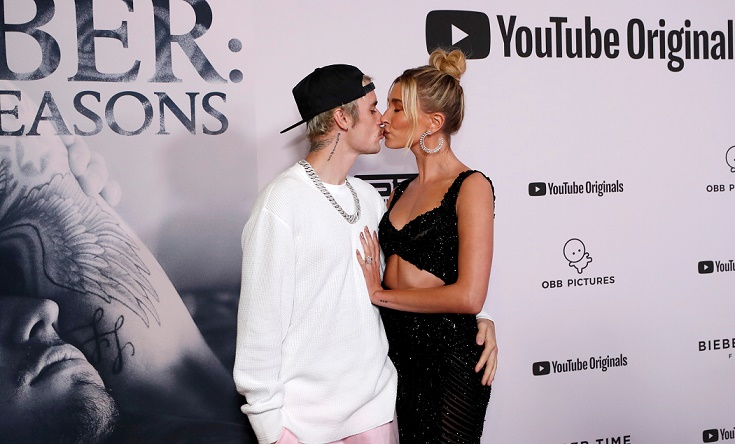 Justin Bieber feels truly blessed to be celebrating another year of his life. His wife Hailey Bieber was beside him as he turned a year older.

To kick off his birthday weekend celebration on Saturday, the couple went out to have dinner at an Italian restaurant in Los Angeles. For their dinner at Pecorino, Bieber was dressed rather casually in a pair of green sweatpants and a grey sweatshirt. His wife opted for a pair of jeans, a white crop top and a black coat.

The young couple had dinner together and they looked so happy.

"The dinner they had was super casual. It was just the two of them," a source told PEOPLE.  "They shared several dishes and they looked like they enjoyed them all. The couple never looked so happy."

View this post on Instagram
happy birthday best friend. thank you for putting a smile on my face every single day.. I love you A post shared by Hailey Baldwin Bieber (@haileybieber) on Mar 1, 2020 at 4:28pm PST

Later on that evening, the couple reunited with some of their friends at Delilah nightclub where a celebratory bash was prepared for the "Love Yourself" singer.

An insider to the party revealed that the couple simply drank and partied with their friends in what was described as a "pretty chill celebration."

The insider added that Justin and Hailey stayed very close to each other all night. "He kept hugging her and seemed very happy to be spending his birthday with Hailey," the source highlighted.

Around midnight, the "Yummy" singer was offered a birthday cake with cupcakes while everyone sang him a birthday song.

According to several videos posted on fan accounts, the birthday boy took the microphone and serenaded his wife with his newest song "E.T.A." It only showed everyone how much Justin values Hailey in his life.

The Canadian singer later posted a picture of them kissing that night. In the caption, he wrote, "Your [sic] my birthday gift bubba."

Justin and Hailey have been married since late 2018, but it seems the young couple is still in their honeymoon mood. They recently celebrated Valentine's day together, and it was an extra special celebration as it also marked the date of the release of Justin's latest album "Changes."

"My Forever Valentine," Justin Bieber proudly wrote in an Instagram post as a tribute to his wife on Valentine's day.

Baldwin also tried to keep her caption short but sweet. She posted her own photo of her Valentine on February 14, sharing a snap of herself and Bieber at a private album launch party on February 14.

The couple's Valentine's day festivities included rose petals, sweet treats and candles for a more romantic touch. The pop star shared all of it through his Instagram stories that day.

Baldwin shared some snaps of her Valentine surprise in her Instagram stories and captioned it with a greeting "Happy Valentine's!"

Both Bieber and Baldwin have been very open about how their relationship has changed over the years -- from the young, insecure love to that true, more mature love that it is today.

"Justin and I are homebodies," Hailey shared. The young supermodel also revealed that when she and Justin first dated, she was still in the phase when she had to be doing something.

"Now, I have realized how much of a luxury it is to be able to stay home on a Friday night with the fire going," Baldwin said, admitting that she loves her laidback life right now that she is not going back to partying like crazy.