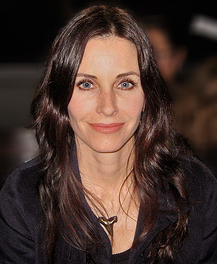 After turning the Instagram world upside down by announcing the most requested reunion, "Friends" lead star Courteney Cox a.k.a Monica Geller opened up an interesting idea for a "Friends" reboot series.

During her appearance at Kevin Nealon's YouTube vlog, Courteney made a few suggestions on the actors that can fill in the role of some of her castmates in the 90s hit series.

"Who would you recast today on Friends?" Nealon asked as they share a day hike in Malibu.

If ever the reboot will happen, the 55-year-old actress thinks that actor Timothée Chalamet would be perfect for playing the part of Joey Tribbiani.

"Timothée Chalamet can be Joey. He's so great!" Courteney said.

When Nealon suggested that Timothée actually looks like Matt LeBlanc's character, Courteney unconsciously blurted out, "I know!" which is her character's famous catchphrase.

Joey is the Italian guy who lives across Monica's apartment. He is a struggling actor who loves sandwiches and is known for his trait of "not sharing food." Matt LeBlanc played the role of Joey in the entire "Friends" series from the year 1994 to 2004.

But apart from Timothée, Courteney had a hard time thinking about other actors from today's generation to put their characters back to life.

"Who would be a good Schwimmer?" the actress asked in reference to David Schwimmer, who played the role of Ross, her on-screen brother on the series.

However, Ross' younger sister was not convinced that the "Superbad" actor would give justice to Ross's hopeless romantic paleontologist character.

During the same interview, Courteney also talked about the much-anticipated reunion of the "Friends" cast. She confirmed that the reunion special, which will happen during the launch of HBO Max in May, will be an unscripted one-off episode.

"The exciting thing is we are gonna all get together for the first time, in a room, and actually talk about the show," Courteney revealed.

"I'm so excited. We're gonna have the best time. It's gonna be great."

Courteney revealed that although the original six pals hang out sometimes, it would be their first time to sit together to talk and reminisce about the show that defined their acting careers. She also said that she was so thrilled to have been a part of a show that helped other people learn to speak the English language.

"I mean, it just touches many people's lives," Courteney added.

It was reported previously that aside from the reunion special, TV executives are looking into producing a 12-part reboot series that could worth a whopping $1.2 million.

"Once everyone sees how well it's received and how much love there is for the show, another series will be agreed and commissioned," the source told The Sun.