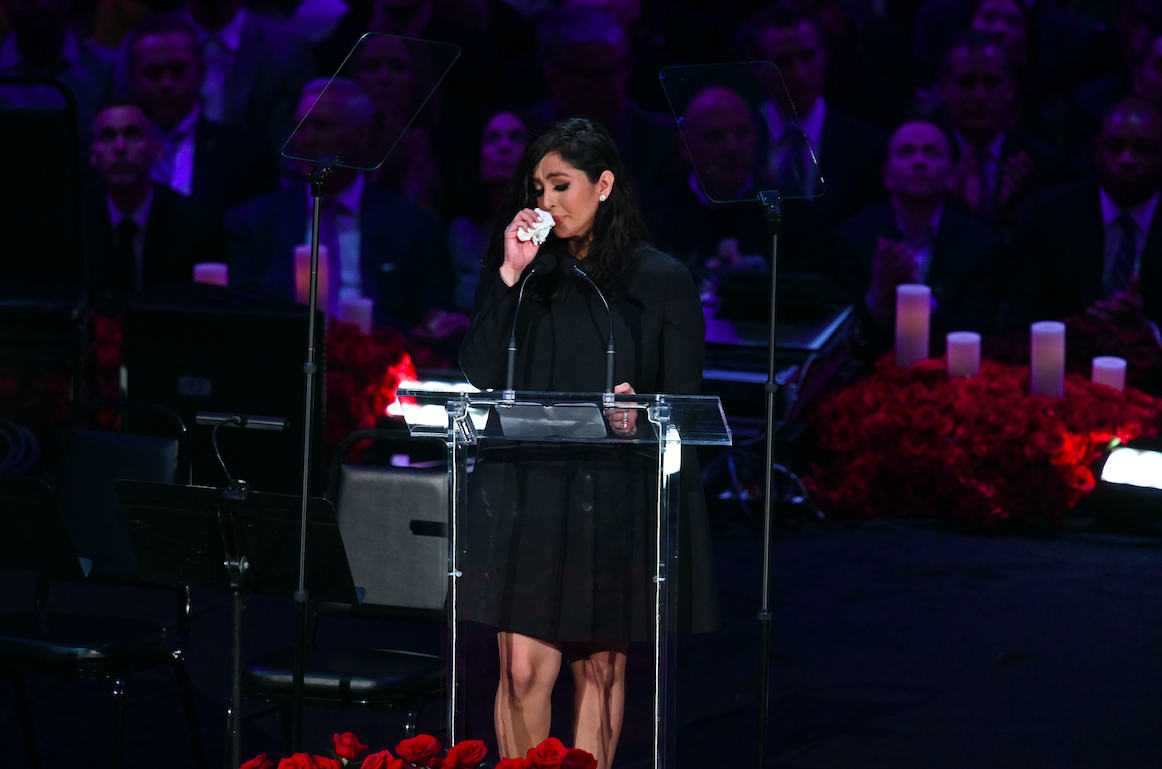 Kobe Bryant's widow, Vanessa Bryant, is reportedly not pleased over the news that some photos from the crash scene where her husband and her daughter Gianna died were being disseminated by officials who first responded from the site.

In a statement penned by Vanessa's legal counsel Gary C. Robb, the 37-year-old mother-of-four is said to be "absolutely devastated" with the reports that deputies from Los Angeles County Fire Department are sharing graphic photos of the victims' remains taken from the helicopter crash site.

Atty. Robb said that Vanessa herself visited the Sheriff's office on the day of the tragic accident to request to secure the area by implementing a no-fly zone to prevent photographers from taking pictures of the accident scene.

"This was of critical importance to her as she desired to protect the dignity of all the victims and their families," the statement reads, which Vanessa also shared on her official Instagram account.

Sheriff Alex Villanueva also assured Mrs. Bryant and the rest of the team in his statement that he will put all measures to protect the privacy of the family.

However, Vanessa condemned the alleged act of some deputies sharing graphic photos and said that it would be a breach of duty.

"This is an unspeakable violation of human decency, respect, and of the privacy rights of the victims and their families," the statement adds.

Because of this, Vanessa's camp is demanding that the people responsible for the photo-sharing incident to face the "harshest" possible disciplinary action. They also insist that the identities of the people involved must be disclosed on the public "to ensure that the photos are not further disseminated."

Atty. Robb also said that they requested an Internal Affairs investigation on the said incident.

Meanwhile, Vanessa expressed gratitude to the person who came forward to expose such acts and protect the dignity of the victims.

In the end, Vanessa's legal counsel encouraged the public to speak up if they know other underlying facts surrounding the shameful sharing of the victims' graphic photos.

Vanessa's statement came a few days after the Los Angeles Times reported that several Sheriff's deputies are showing the graphic photos stored on their smartphones to other people not involved in the case.

One anonymous source confirmed that an official let him peek at one of the images, although he has nothing to do with the investigation.

However, it was not clear if the photos were taken by the first responders at the scene or were only received from someone else. It is also not clear how wide the images have been shared considering that a month has already passed after the tragic accident.

Los Angeles County Sheriff's spokeswoman, Deputy Grace Medrano, said that they are already looking into the situation involving their deputies.

"I'm sure it's something that the department is going to take very seriously," Williams said.

Kobe's crew was on board on their way to a basketball tournament when the helicopter crashed at the mountains of Calabasas, California on January 26, 2020.