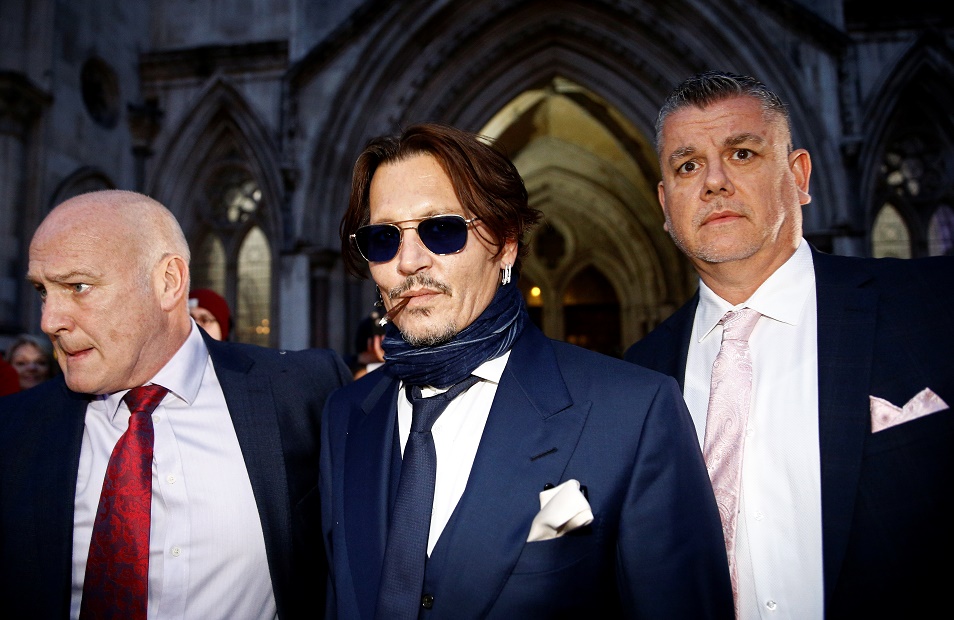 Amber Heard admits she hit Johnny Depp in the past, but she claims it only happened once because of one justifiable reason.

Last month, Daily Mail obtained two audio recordings where Heard revealed that she hit Depp and threw pots and pans at him during one of their quarrels -- which supported Depp's previous statements that he was the one domestically abused.

Meanwhile, in the second recording, Heard voiced out her side and mocked Depp over his claims that the actress abused him.

Despite the release of the audio clips that exposed her, the "Aquaman" star once again defended herself and argued that she was the victim of the domestic violence in their relationship -- not Depp.

The controversy intensified after the fans of the "Pirates of the Caribbean" actor launched an online petition for Warner Bros. to remove Heard from the second leg of the "Aquaman."

To stop all the llegations thrown at her, Heard came to the limelight again and released another claim in pursuit of getting rid of the defamation lawsuit.

Her legal team presented the document to the circuit court of Fairfax County, Virginia alongside the screenshots of the conversation between Whitney and Kevin Murphy, the former couple's house manager.

In the document, the 33-year-old actress asserted that she only got physically violent with "The Fantastic Beasts and Where To Find Them" star once. She said that it only happened because she saved her sister, Whitney, from Depp since the actor allegedly tried to push her down the stairs.

"After becoming enraged, he began to destroy personal property all over the house, including my belongings in my closet," Heard claimed, referring to an incident happened in March 2015.

"My sister Whitney was there, so when Johnny lunged to hit me, Whitney placed herself between us. Johnny turned his attention to Whitney, who was standing on the top of a flight of stairs, and moved on her."

As Heard feared for Whitney's safety, she punched Depp to shift his attention away from her sister. From that moment, the house security stepped in and split them up.

At the end of the legal claims, Heard emphasized that she was the one who suffered from domestic violence, although she failed to mention any instance of Depp attempting to hit her.

Depp recently attended a pre-trial hearing in his libel battle with The Sun newspaper at the London's High Court over the defamation lawsuit due to the publication's article about Depp being abusive towards Heard.

After the hearing, the judge instructed Depp to make further disclosure by handing over more pieces of evidence before the next scheduled trial. The unreleased testimonies are expected to give more information about the previous leaked audio tapes of his conversations with Heard during their toxic marriage.

In addition, the court also ordered additional documents they wrote before and after they divorced. This will help prove Depp's previous claims and explain what steps he took to obtain his medical records.