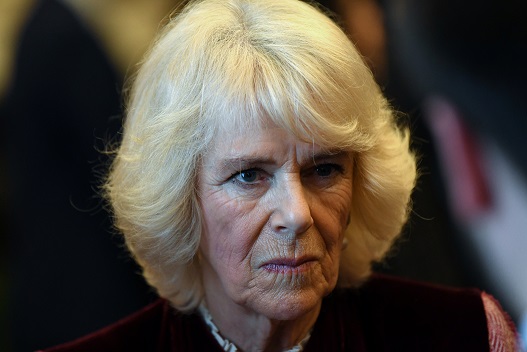 Prince Harry and Meghan are back in the U.K. for their final round of engagements as working royals. However, a British news agency reported that their last round of appearances as members of the royal family has left a lot of the other royals "upset," including Camilla.

At the Women of the World Festival in London, Camilla used her speech to raise the issues about domestic violence.

"I'm a woman in her 70s, who is not always familiar with the jargon younger people use today, but I do know about hashtags," Camilla emphasized.

"Today, I am using my very first one: #everyonesproblem."

The Duchess of Cornwall said that both the problem and solution to domestic abuse should be everyone's concern, too.

The importance of Camilla's speech could not be emphasized more as it is already a global concern. And yet, it seems Meghan could not care less whether her appearance in public would shift the focus or not.

According to The Mirror, Camilla was very upset when her speech about domestic violence was upstaged by Meghan's visit to the National Theatre. The report also emphasized that what happened was a clear violation of an agreement to avoid doing anything else that could distract the public's focus on the address.

An insider source told The Mirror that Camilla considers her work very important to her. "In fact, the decision to highlight the issue on domestic violence for the 10th-anniversary celebration of Women of the World was a very thought out plan," the source said.

Over the last four years, Camilla has been working mostly behind the scenes, but to a great effect. She has used her platform and shared her personal experiences to highlight several issues, encouraging those who are suffering to come forward and fight.

"Of course, Harry and Meghan knew that Camilla's speech should take precedence over all the other royal engagements set this week. Some of these engagements are private, but everyone agreed that the speech on domestic violence should be the focus," the source revealed.

"Unfortunately, some people have ideas of their own."

Working On Her Own

An insider source revealed that Meghan "refused to listen to a staff" who warned her of her move.  On Thursday, the Duchess of Sussex visited the National Theatre, of which she was a patron.

Two official photographs of her from the event were released. They were showing Meghan smiling next to a new virtual reality machine. Both photos were taken by Chris Allerton, the same trusted photographer who covered the couple's wedding and Prince Archie's christening.

On Friday, Meghan also came to visit a school in East London.

Prince Harry and Meghan are both expected to attend the Commonwealth Day service at Westminster Abbey. It will be their final engagement as a royal couple before they step down on March 31st.