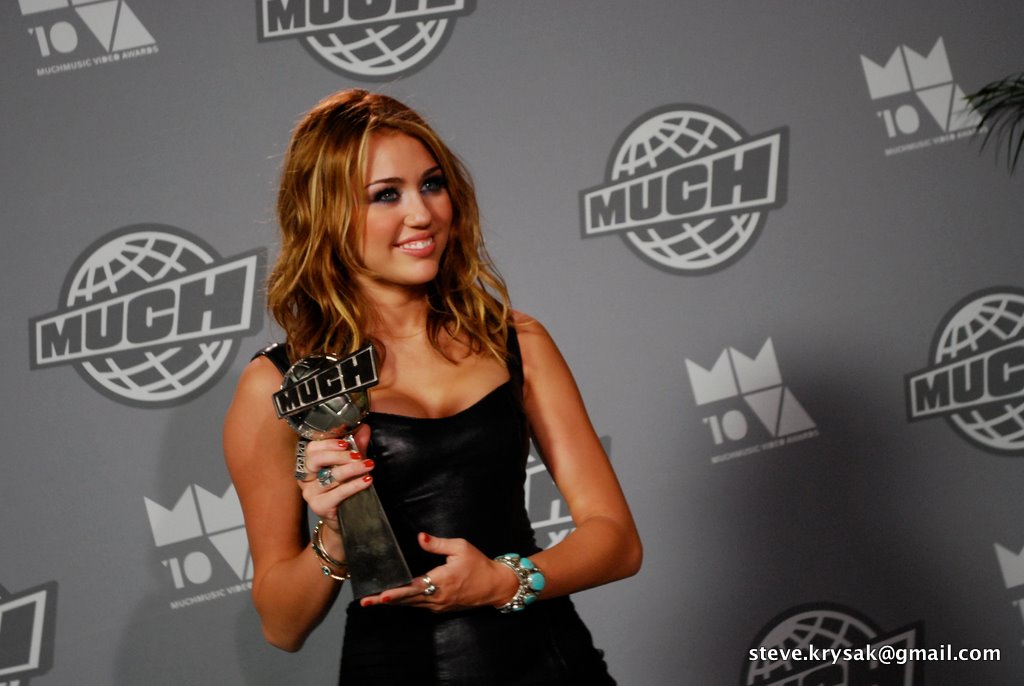 Cody Simpson has never shied away from admiring Miley Cyrus in public, and for that, he already won the "best boyfriend award."

The "Golden Thing" artist has fallen head over heels with the 27-year-old singer as he shared a photo of Miley in celebration of International Women's Day.

Romantic Message for the Miley

"Happy women's day to the strongest, most beautiful & extraordinary woman I've ever met," Cody captioned in his Instagram Story.

In the photo, the "Party in the USA '' hitmaker was seen sporting an all-black outfit while holding an "M" cup and doing her signature tongue-out pose.

The Disney alum then reposted the photo on her Instagram Story, adding a dark heart and skull emoji.

Miley and Cody "Good for Each Other"

Earlier this week, it was reported by Us Weekly that the couple's relationship has been "good for each other".

"They both understand each other's lifestyles and the traveling that comes along with each of their jobs," a source told the entertainment site.

The Cody-Miley romance started in October 2019 when he visited the Nashville born superstar in the hospital while recovering from tonsilitis. The "All Day" artist showed his romantic side when he serenaded Miley during his visit.

It became Insta official when the "Mother's Daughter" singer posted a series of photos in her story and captioned it: "BF coming to visit me at the hospy." It was then followed by, "Arrived with roses and his guitar in hand #ImNotCrying #YoureCrying," referring to her now-boyfriend, Cody.

Since then, the pair was inseparable and have been caught in a PDA bonanza during a Halloween party -- and literally in their social media.

Baby Plans? Not There Yet Says, Cody

Although they have just started their relationship, Cody and Miley are enjoying each other's company since they both share the same passion, which is music.

However, during his interview with "The Kyle and Jackie O Show" podcast last January 21, the 23-year-old singer was asked if he is ready to take it to the next level and have babies with the blonde beauty.

Cody just laughed and said, "None yet, mate."

The Australian singer also mentioned that he has "no complaints" about her relationship with the "Hannah Montana" star.

It was reported that her relationship with current beau came after Miley's one-month romance with blogger Kaitlynn Carter.

However, according to People Magazine's source, the two remain friends after calling it quits.

"They've been friends forever and were there for each other when they were both getting separated," the source said of Miley and Kaitlynn.

Also, who would forget about her on-again, off-again relationship with Liam Hemsworth for 10 years and announcing split after less than a year of marriage?

Just like his ex-wife, the Australian hunk is currently in a relationship with Storm model, Gabriella Brooks. In the end, it looks like a win-win situation for all.

As for Cody, he is quite known to date high-profile celebs such as beauty mogul, Kylie Jenner, and supermodel Gigi Hadid.