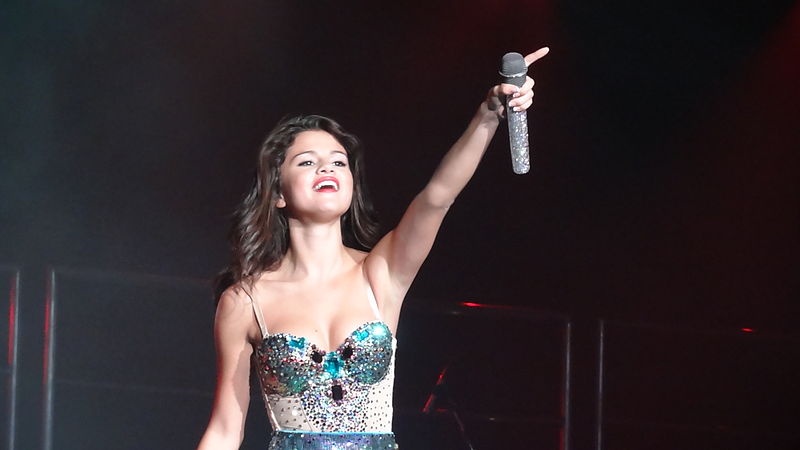 Selena Gomez is a picture of a strong, independent woman, but she also has her moments when self-doubt eats her up.

Although everyone thinks that she should feel better now that her "revenge" songs for ex-boyfriend Justin Bieber are out and are hitting the charts, Selena revealed something no one ever expected.

Despite her success, Selena has had her share of heartbreaks, too. Her on-again, off-again relationship with Justin Bieber came to an end in Spring of 2018 -- with Biebs now happily married to Hailey Baldwin.

After Justin, Selena also went out on several other dates, including The Weeknd and Zedd. She was also linked to Niall Horan, though both of them denied the rumors and admitted that they are just friends.

Selena did not name names during her interview with Genius, but she got real about the ups and downs of every heartbreak, especially during her teenage years. The "Bad Liar" singer admitted that she has experienced getting hurt in the past because she cared too much.

"Actually I think men and women do it. Teenagers and young people in love. It's as if there is satisfaction in hurting people, knowing that they care," Selena said.

Gomez also talked about how other relationships purposefully keep people down because they want to keep their partners at a certain level. Then, the 27-year-old artist admitted that there was a person in her past that told her that.

During the same interview with Genius, Selena talked about about the songs of her new album "Rare." The "Lose You To Love Me" singer got all candid about love and relationships, revealing that she has moments when she would worry about being alone.

Although she knows that it is just another intrusive thought considering that she is still very young, there are times when she would worry that she might not fall in love again.

I'm still a baby. I've got a lot to figure out," Selena said. "But I do know; I believe. Some days when I wake up and I'm annoyed and I'm like, 'I'm gonna be alone forever,' but after that 15 minutes goes away, I say to myself, 'I know that there's someone for everybody.'" She reassures herself of the thought that "there's always someone for everybody."

On the other hand, in an interview with Apple Music, Justin Bieber confessed that he had been "reckless" in his past relationship. The young singer admitted to Hailey that he was still "hurting" when they started dating.

A source close to Selena admitted to Hollywood Life that Selena felt vindicated when Justin admitted of being "reckless." However, what Justin said could not take back all that happened between them when they were together, the insider added.

Justin has closed the book between him and Selena. He has moved on and is now happy with his wife.

Selena Gomez, on the other hand, may be alone at this time, but she is definitely not lonely. The young singer and the success of her comeback album only proves one thing -- good things can be born out of heartbreaks.