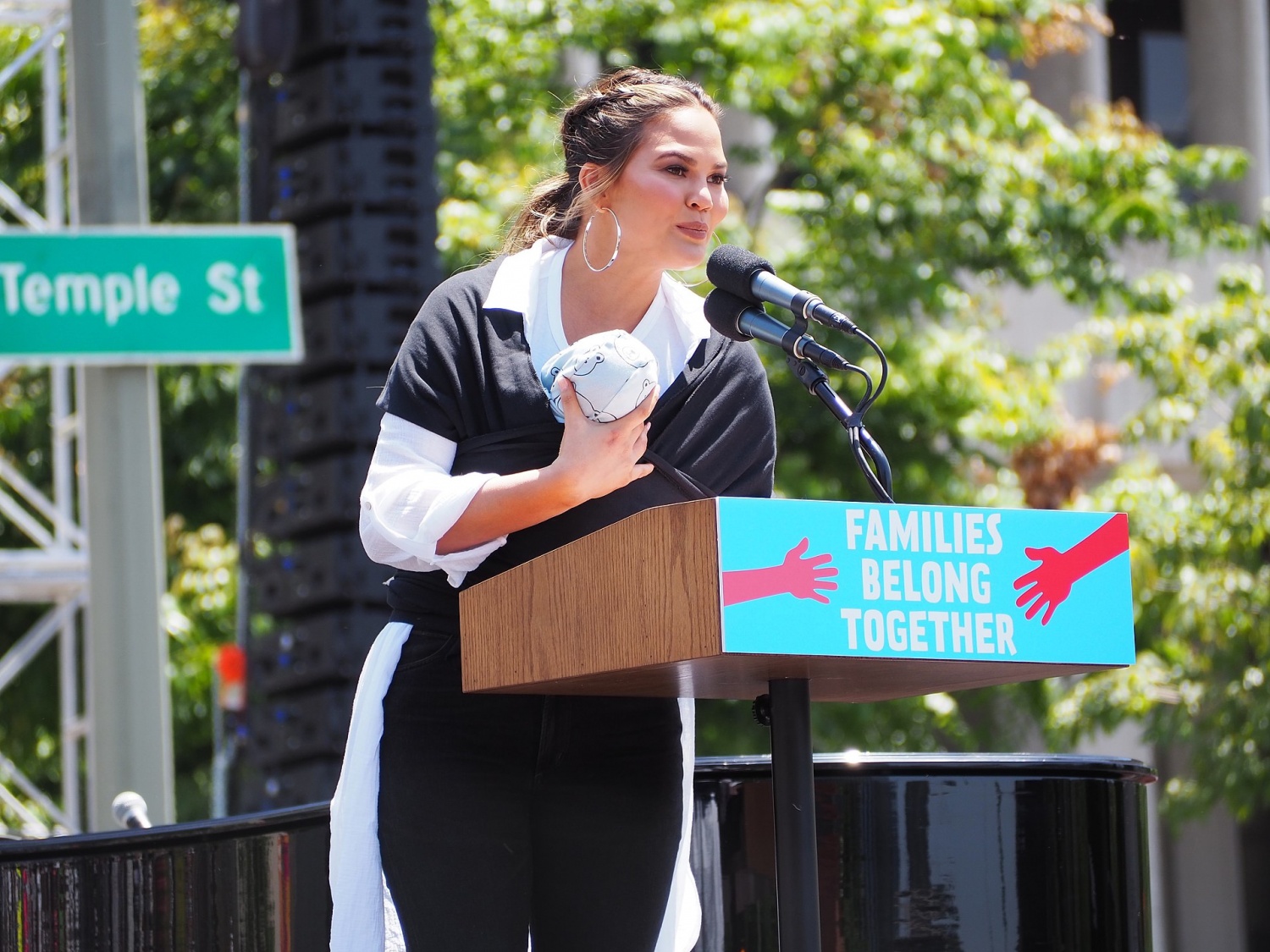 Chrissy Teigen received heavy backlash for being insensitive amid the coronavirus pandemic.

On Sunday, Chrissy posted a since-deleted tweet where she asked her followers to order their food through Goldbelly while everyone is required to stay home.

"This is not an ad but if you're holed up at home, ordering America's best food from Goldbelly is the way to go right now!" Teigen said. "Currently shipping clam chowder from Boston to myself."

The said company delivers food around the globe. The 34-year-old model went on and posted another tweet about how much she loves the company since they can do the delivery straight to the consumer's mouth.

However, a lot of Twitter users called her out for the very insensitive, indirect promotion as a lot of companies does not offer paid sick leaves for their drivers.

Since it took her a while before she was able to delete the tweets, a lot of netizens saw her posts and immediately shared their concerns.

One fan said, "I love hollywood elites. While everyone is panicking and worried sick about what's going to happen these next few months she's out here suggesting people buy the most expensive soup on earth lmfao. Never change @chrissyteigen"

"I dont think it was intentionally meant to be insensitive Chrissy, but @ a time like this it came across that way and was definitely tone-deaf," another user wrote.

What made the "tone deaf" tweets even more infuriating was the fact that Chrissy posted them as local governments commanded temporary closures for restaurants and other establishments to limit the spread of coronavirus.

John Legend's wife tried to extinguish the fire online by tweeting, "correction: do NOT order soup."

Trevor Valle Called Her Out, Too

Even Paleontologist Trevor Valle saw the tweet and responded to Chrissy's updates, calling it truly shameful.

"It's about people being scared about not having enough resources, who can't do what you do ..." valle explained. "Isolated people using social media to connect, and if they see something like that, and then feel worse, because they can't."

In return, Chrissy blurted out once again that she only tweeted about a simple soup and that she cannot make everyone happy. She added that she was only helping small businesses by doing that online.

Meanwhile, Goldbelly announced that they are dedicated to give a helping hand to the small stores that are currently losing their sale due to the pandemic.

"All they have left now is their shipping business. Now is the time to support small business!" the company said in a tweet.

​Valle and Chrissy exchanged more tweets afterward. The "Mammoths Unearthed" host even told Chrissy that she could help small businesses using other ways, like buying gift certificates or making a donation to cover the employees' daily wages.

In the end, Chrissy once again said that the tweets were posted innocently, and she did not mean to turn them into "tone deaf" remarks since she only likes the soup and wants to support the business.