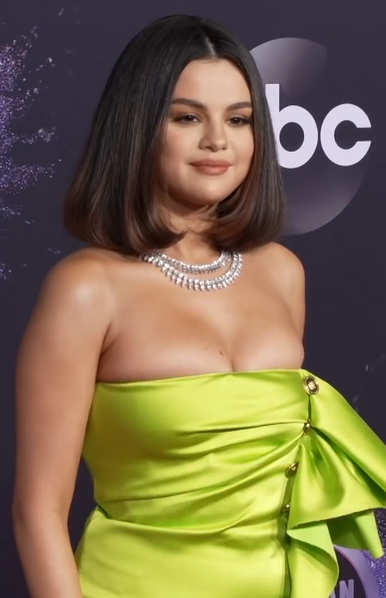 Selena Gomez reportedly liked then unlike two photos of her ex, Justin Bieber. Was that a honest decision or a subtle move to make Bieber notice her?

The singer-actress' fanbase cannot help but raise their eyebrows after noticing their idol temporarily liked two throwback pictures of Justin Bieber, one of which is him even without a shirt. Fans cannot help but think something fishy must be going on. There are many theories that have cropped up because of this move by Gomez, according to Hollywood Life.

Was she vying for Bieber's attention on this lockdown period? Was she simply liking something she remembers of Bieber in the past? After all, she was heavily prominent in the Canadian singer's life in the past. Or was this simply a honest decision - she liked the photos then decided she does not after all? Absurd, but still possible.

Apart from the shirtless photo of Bieber, the other picture was actually a photo of them two! A fuzzy picture of them that the paparazzi has shot in a tropical vacation, when they were obviously still very much together.

Some true blue fans of the "Lose You to Love Me" singer does not think she's trying to get Bieber's attention though. Why would she, if he's already married to Hailey Baldwin? According to these fans, Gomez' account just might be hacked. Hollywood Life has tried to clear all these rumors and wondering by reaching out to Selena Gomez' camp, but no reply has been given yet.

Whatever she's doing however, it is apparent that the young artist is not really pining on anyone during this quarantine period. She. just took to her social media to share some selfies of her while in the kitchen and it was apparent that she's trying to stay positive amid the generally depressing atmosphere of late.

Trying to take a cute/serious pic of me cooking but then felt embarrassed so I'm using the candid where I look so happy but I really feel kinda cheesy," she captioned these photos.

She then tried to spread good vibes by sharing the things that are keeping her sane at this time, including what she's watching, what's she's listening to, and what she's been reading. Fans cannot help but notice that she also shared The Weeknd's new song, "Snowchild." The Weeknd was Selena's ex as well. If there's an indication that she's not someone to block off her exes just because they've broken apart, this is it.

Meanwhile, Justin Bieber is his own piece of heaven with wife Hailey Baldwin. Bieber is allegedly happily married to Baldwin, even amidst the crisis. The married couple fled to Justin's home country of Canada just before the border between the US and China closed on March 18. The two are reportedly treating this whole time locked down on their houses as their second Honeymoon. They're just chilling and doing stuff together - watching television, singing, and even praying. They're doing everything to make the time go faster