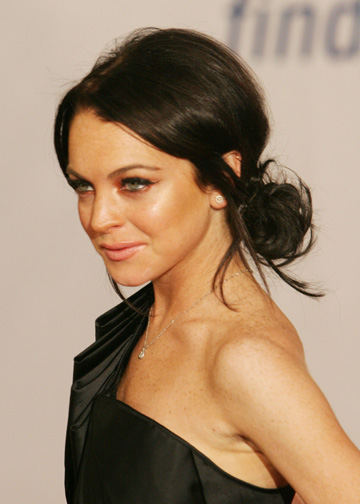 Lindsay Lohan is back with a surprise for all her fans.

On March 31, Lindsay posted a 30-second teaser that reveals she is returning with a new song for everyone. In the cryptic video message the actress posted, she addressed the encounters she has had in the past with paparazzi.

The Return Of Lindsay Lohan

The "Mean Girls" actress finally revealed that she will soon be releasing new music. This is according to the new teaser she shared across all her official social media accounts.

The cryptic new video seemed to be a collection of her most notable moments that put her on the headlines. In the caption, the 33-year old artist wrote, "I'm Back!" along with a bulging eyes emoji.

The video opens in a dark room and then old television sets light up featuring various stories about Lohan. One of the TV broadcasts was titled, "Evolution of Lindsay Lohan." Then, the others showed a collage of her dancing at the Lohan Beach Club, driving a car, walking the red carpet along with some clips of her "Rumors" music video.

The 30-second clip did reveal a lot about Lohan's past, but it also did show what the future would be like for the singer who is just making a comeback.

Is she really back to make more music? The teaser surely answered that the actress and singer have been through a lot in the last few years.

Lindsay did not reveal the release date of her so-called new single. It also remains unclear if her caption "I'm Back!" is the title of a new song or her new album. Perhaps it was just a caption for her post, but it will nonetheless work if it were both.

Perhaps her caption embodies where she feels she is at the moment. If Lindsay is indeed back, all her followers will surely be at their happiest right now.

Lindsay Lohan's new music will debut under the new deal she signed with Casablanca Records. This is the same music label she signed up with back in 2004.

The teaser was the first one she released after a long time. It was in 2008 when she released the song "Bossy," which also went on to become the theme song of her defunct MTV reality show entitled "Lindsay Lohan's Beach Club."

In 2017, she also teased her fans with a new single she called "Xanax," but she never really had the chance to release her "new song."

What could her fans be feeling right now? Everyone is just too excited not to share the good news. The teaser she posted on social media has given her the attention she has always been used to. Her fans are going wild.

"Our savior is coming," one of her fans tweeted.

Another one added, "The queen is back to save pop music."

A number of her fans have asked the star to produce a music collaboration with Hilary Duff.

Others have commented that the new teaser she released gives off the vibes of Christina Aguilera.

One thing remains true even after all these years, the loyal fans of Lindsay Lohan will always be there for her no matter what. At the end of the day, whether it is a new song or a new movie, they will continue to show their support for her.

They are giving it all the way!