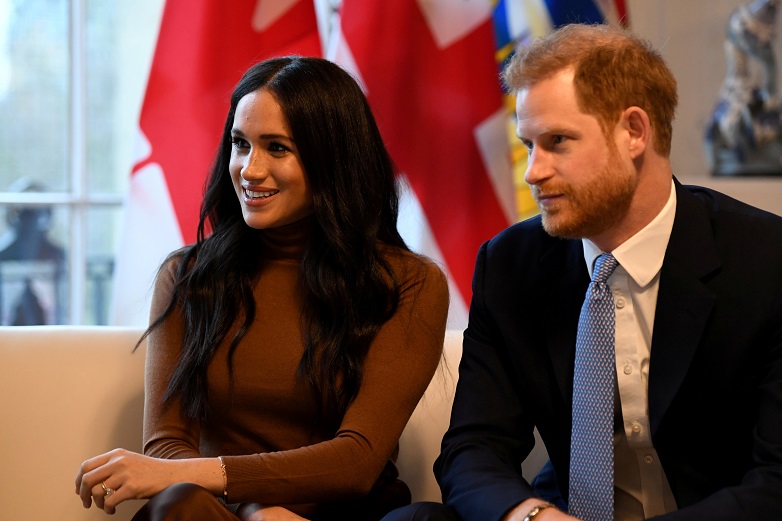 Days before they officially exit the royal family, Meghan Markle and Prince Harry found themselves on the sunny side of California as they seek their independence from the British monarchy.

Last month, Meghan and Harry fled Vancouver Island in Canada to live in the duchess' hometown in the United States.

Multiple reports revealed that the couple is now residing in a secluded compound in Los Angeles together with their almost one-year-old son, Archie Mountbatten-Windsor.

One of the reasons why the couple chose to live in the Malibu area is to be near "Meghan's mother and friends as well as to their new team of Hollywood agents and PRs," as stated by a U.K news outlet.

Meanwhile, an expert pointed out that the couple's decision to move to L.A. was a little bit inspired by Harry's late mother, Princess Diana.

Royal expert Charlie Lankston claimed that the couple has settled into a $20 million mansion in the western Los Angeles County.

"Now, this is interesting for a number of reasons. Malibu is nicely out of the way, it's not right in the middle of LA, they're not going to get that Hollywood, over the top lifestyle which I'm sure the two of them are not looking forward to getting involved into whatsoever," Lankston shared.

They specifically chose Malibu to start their new life given that this is also the same area where the Princess of Wales wanted to live.

To recall, it was reported that the "People's Princess" planned to relocate to Malibu in 1997 alongside his two sons William and Harry and rumored boyfriend Dodi Fayed two months before they died.

The royal expert also explained that she believes that the couple never intended to live in Canada but rather just "testing out the waters" as they "isolate" themselves from the rest of the world.

"They could really hunker down with Archie, away from the publicity that they experienced in London. It always made sense for the two of them to be in Los Angeles at least part of the time," she added.

Moreover, according to People Magazine, the former actress and the 35-year-old duke are very "positive" about their decision to move to America and their post-royal life ahead.

The source shared that everyone is adjusting in the L.A lifestyle, including Archie who seems to love the California sunshine.

Although the couple has sorted things out bit by bit as they transition in their non-royal life, there has been a debate regarding the security cost of the family.

U.S. President Donald Trump declared that even though he has been "a great friend and admirer of the Queen," he cleared that the government will not pay for their security protection.

The couple clapped back and addressed that they have no plans to ask the U.S. government for help with their security costs.