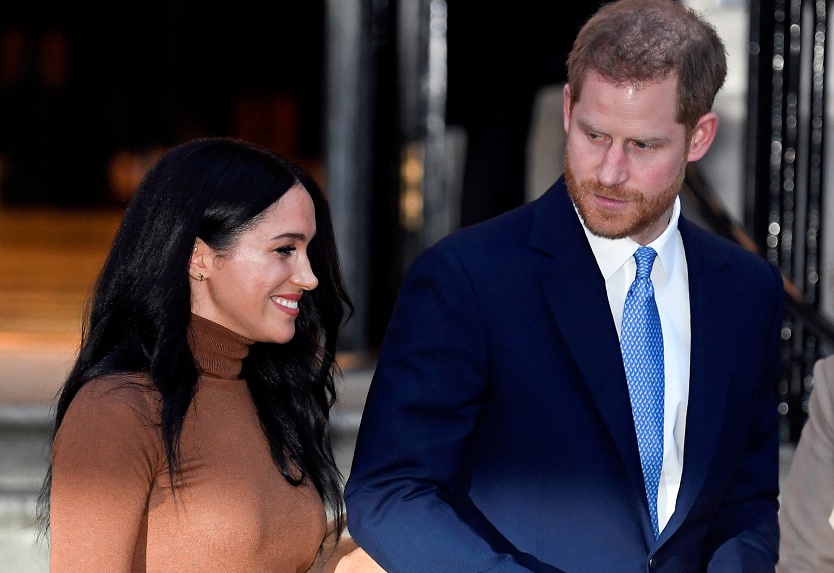 It is a shame how Prince Harry longs for someone else when he is already with his wife, Meghan Markle.

After they officially let go of their senior royal positions, Prince Harry and Meghan are slowly embracing their new lives in Los Angeles. However, the Duke of Sussex seems to have left his heart in United Kingdom with the royal family.

A royal source recently revealed that Prince Harry is somehow regretting Megxit. Moreover, despite getting multiple chances to say goodbye to his family in the U.K., he is said to be feeling homesick as he misses the Queen, his borther, father and other royals even more.

According to Entertainment Tonight's royal insider, the Duke has been trying so hard to keep in touch with the royal family in the U.K., most especially with Queen Elizabeth II and Prince Charles.

In fact, he has been itching to fly back to the palace, but due to the coronavirus pandemic, he is now stuck in Los Angeles with Meghan and their 11-month-old son, Archie.

The said insider also revealed that being so far away from his real family is beginning to wear on Prince Harry, making him homesick.

Even a close friend of him told royal expert Katie Nicholl that Harry was already feeling emotional about ending his final duties and completing the transition.

"It's an emotional time for him in many ways. I think in many ways it's bittersweet," the friend said.

Prince Harry's pal added that the royal prince always wanted to have a normal life and get away from the royal spotlight. He is currently doing what he wants right now. However, his decisions also basically meana he is walking away from his family.

Because of this, the loving and loyal prince is facing tough days ahead.

To recall, Queen Elizabeth II and Prince Philip are currently isolating at Windsor Castle after the news about Prince Charles contracting coronavirus emerged.

Such events, which occurred just a few days before Megxit, caused so much pressure on Prince Harry.

It is expected that the Duke and Duchess of Sussex will face financial problems soon. With that said, Harry -- being the patriarch of the family-of-three -- carries the heaviest burden for them.

Aside from having a hard time earning more funds, Harry might struggle to find a new job. This is because the royal prince never had a working experience in the past, and he never even had a "real job."

"The big problem is that Harry has no marketable skills, has never had a real job. He does not have a university degree, nor does he know a second language. He only has military training," a source told U.S. tabloid National Enquirer before Megxit.

READ MORE: Prince Harry Does NOT Want To Be A US Citizen - Here's Why!