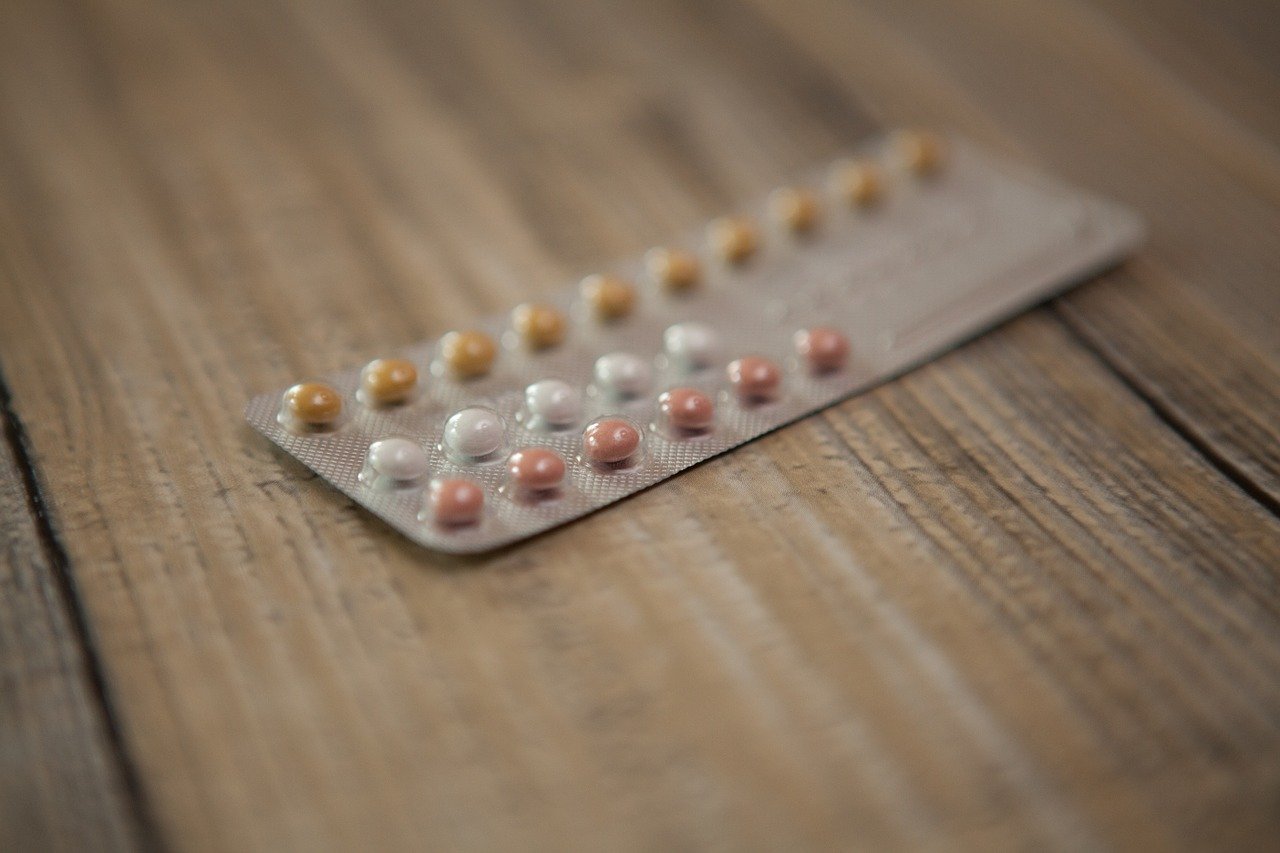 Most women don't need to be sold on the idea of birth control. One pill that can be choked down with your daily vitamin that prevents pregnancy, controls acne, eases menstrual cramps and makes periods lighter - yeah, I think we're pretty much on board at this point.

What's actually impressive is that women bought in before modern birth control came along. Centuries ago, women in China were drinking mercury and lead to control their fertility. Although this may have been effective, it also tended to result in sterility or even death.

In the Middle Ages, European women were hanging the testicles of weasels around their thighs and necks, which didn't do anything to prevent pregnancy, other than maybe drive the men away from them. And in later years, Canadian women were drinking a potion of dried beaver testicles brewed in a strong alcohol solution which didn't help them do anything except probably get a little tipsy.

The point is, it could be a lot worse. Yes, the hormonal birth control we know and love has side effects, including on our relationships. But do we really all want to go back to wearing weasel testicles?

Birth Control Could Be Hurting Your Mood

We're not talking PMS here: It doesn't take a doctor to tell you that you're not feeling yourself during that bloated, chocolate-ridden, crying-on-the-couch couple of days.

More concerning is birth control's impact on your general mood. It makes sense: Birth control adds hormones into the body in order to stop ovulation - but those hormones do a lot more than just alter your cycle.

For years, some women on birth control complained of depression. Only recently, however, has that been borne out by research: A Danish study showed that birth control can cause depression in some users - specifically users of the IUD - which was traditionally understood by physicians to have no effect on the rest of the body.

So if you've been taking birth control and feeling depressed, you have to ask: Is it me, or is it the hormones?

As flimsy as this answer feels, the only way to find out is to ask your doctor. Together, you might be able to guess and check your way to a better mental state by testing out other types of birth control.

To quote the great philosophers Salt-N-Pepa: Let's talk about sex.

If you haven't been feeling in the mood lately, it probably hasn't gone unnoticed by your partner. Before you go running to order the raw oysters, it's important to dig into the cause.

Low sex drive can be caused by all sorts of things: Stress, depression, lack of sleep and relationship trouble - you name it. If none of those things apply, you might fairly blame your birth control.

The non-scientific conclusion for this is that it sucks. It really sucks. It feels like family planning came back to bite you with a shrunken sex drive and a pissed off partner. But to understand why you might be lusting after your partner like you once did, give science a second chance.

Most birth control pills contain the hormones estrogen and progestin. Because all bodies are different, each woman reacts to those in different ways - and in some, they lower testosterone.

You read that right: testosterone, the male hormone that we associate with sweaty contact sports and fist fights. Yes, women have it, too (just not as much).

Testosterone is produced in the ovaries and is the hormone that makes sex so darn appealing. Most women who use birth control make enough testosterone to have a healthy love life. But for women who are low to begin with, a comparative rise in estrogen and progestin can turn off the tap.

No need to worry: There are ways to get your mojo back. First, talk to your partner about other things that might be blocking you. If you come up empty, go discuss it with your doctor.

Changes in sex drive could be due to thyroid problems, diabeties, or depression. If given a clean bill of health, you can switch to a form of birth control that doesn't affect your body by lowering as much testosterone or by adding a DHEA supplement to your daily routine.

Doctors and heart to hearts with your partner aren't fun. But then again, better sex is a pretty good reason to be brave.

Birth Control Could Cause You to Choose Wrong

So, birth control can affect your mood and your sex drive, but those are easy fixes. Here's the scary one: If you've switched on and off the pill and found yourself more or less attracted to your partner, it might be more than cold feet.

Get ready to hate science again: A study conducted by Psychological Science found that women who went on or off of the birth control pill during their relationship were less satisfied than women who were consistent in their contraceptive use or had never used a contraceptive.

A second study published by the National Center for Biotechnology Information suggested that women's mate preferences are impacted by hormonal variation. Women who had never used a hormonal contraceptive had different partner preferences when pregnant.

Remember, birth control doesn't get the final say: You do. But you should be aware that hormones affect your brain in all sorts of ways scientists don't fully understand.

That isn't to say birth control isn't safe. For the vast majority of women, the benefits greatly outweigh the side effects. It just means you might need some trial and error to find the right method for you. Work out the kinks with your partner, get back to your kinks as soon as you can.