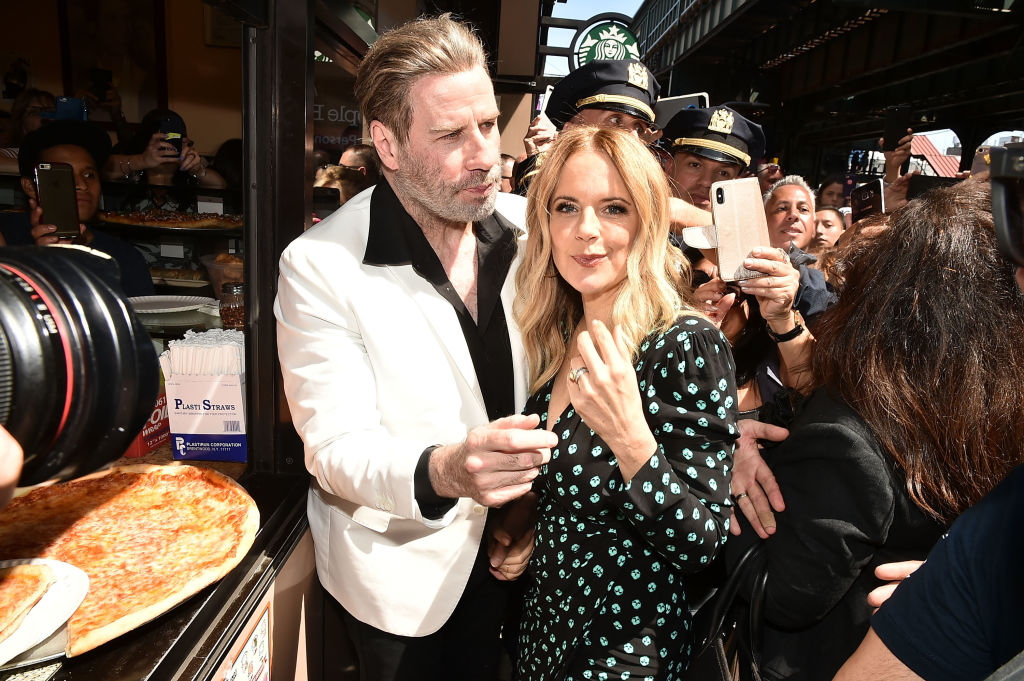 Kelly Preston, John Travolta's wife passed away from breast cancer at the age of 57. The actor himself shared the tragic news.

One of Hollywood's most endearing couples, the world is shocked by the news that tragedy struck them. Kelly Preston died from   breast cancer after two years of battling it. On Instagram, Travolta wrote, "It is with heavy heart that my beautiful wife Kelly lost her two-year battle with breast cancer."

He also asked for consideration and forgiveness in advance if he disappears from the limelight from a while. "Kelly's love and life will always be remembered. I will be taking some time to be there for my children who have lost their mother, so forgive me in advance if you don't hear from us for a while." He said that he could already feel the love and support for their family in the coming weeks and months

The actor revealed how hard Kelly fought for her life in the two years, surrounded by the love and support of many within her circle. The actress chose to keep her condition private.

A family representative reveled to Peple magazine that she died on Sunday morning. She was undergoing medical treatment and had been trying to hold on with the support of her loved ones.

She had played notable roles in the duration of her acting career. She was Tom Cruise's finacee in "Jerry Maguiire," and acted alongside Arnold Schwarzenegger and Danny Devito on the infamous comedy, "Twins." She even acted on several films with her husband, John Travolta.

Theirs is quite a blissful marriage, more so when compared to most Hollywood couples. However, a horrific event struck their family when their son, Jett died in January 2009 during a family trip to the Bahamas.

Jett struck his head on a bathtub after suffering a seizure at their home located on Grand Bahama Island. He died as a result of the trauma. Jett had autism

Recenty, on April 2020, John Travolta and Kelly Preston posted something in public to remember their son by on his birthday. Jett would have been 28 this year if the tragedy did not happen.

John shred a black and white photo of himself embracing his son. Their faces are hovered closely to each other showing how much they love each other. 'Happy Birthday Jetty! We love you!️,' he wrote.

It can be remembered that when John Travolta was once interviewed by US Weekly, the "Blow out" actor reveled that this death was the worst thing to have had happened to him.

Kelly Preston also shared a photo of her hugging Jett with snow-capped mountains in the background. She essentially wrote the same thing as John Travota, greeting their son a happy birthday and writing they love him.

Kelly Preston was once interviewed by "The View," and she shared that her marriage essentially went through a lot.

Given Jett's condition, the family has been a staunch supporter of the rights of people with autism and special needs.

Kelly earlier this year had shared a picture of Jett too and wrote, "'I have a special place in my heart for those with autism and special needs." She added, "Sending love to some of my favorite people in the world."

View this post on Instagram
It is with a very heavy heart that I inform you that my beautiful wife Kelly has lost her two-year battle with breast cancer. She fought a courageous fight with the love and support of so many.  My family and I will forever be grateful to her doctors and nurses at MD Anderson Cancer Center, all the medical centers that have helped, as well as her many friends and loved ones who have been by her side. Kelly's love and life will always be remembered. I will be taking some time to be there for my children who have lost their mother, so forgive me in advance if you don't hear from us for a while.  But please know that I will feel your outpouring of love in the weeks and months ahead as we heal. All my love, JT A post shared by John Travolta (@johntravolta) on Jul 12, 2020 at 10:20pm PDT

BROOKLYN, NY - JUNE 12: John Travolta and Kelly Preston attend the ceremony to honor John Travolta for his body of work in TV and Film, in anticipation of the release of “Gotti” movie on June 15th, 2018 at Lenny's Pizza on June 12, 2018 in Brooklyn, New York (Photo by Theo Wargo/Getty Images for “Gotti” Movie)