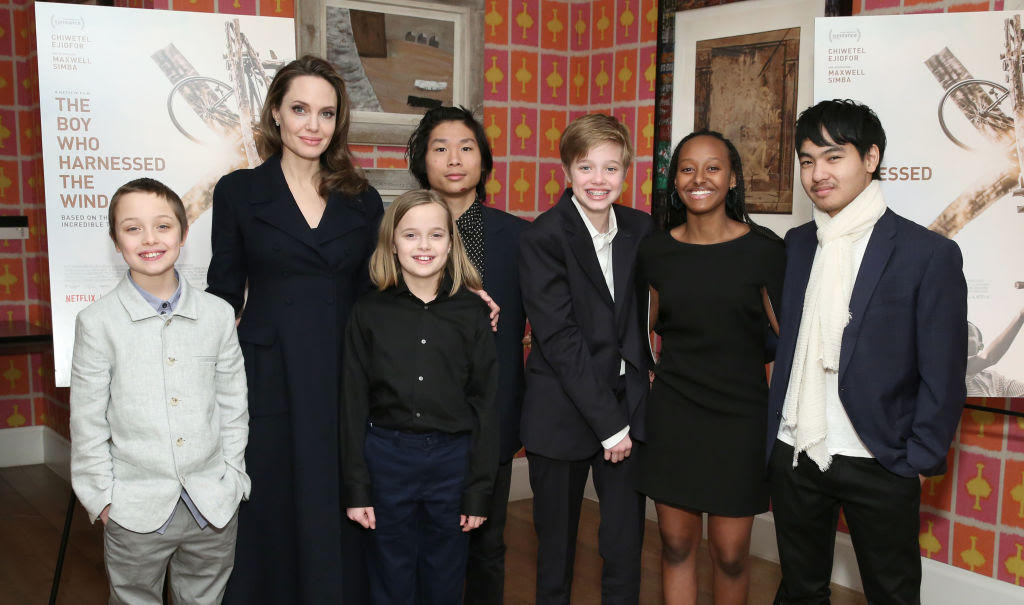 Though Angelina Jolie experienced the worst in her past relationships, she has been blessed with six wonderful children -- three of whom were adopted.

Angelina's family is surely one of Hollywood's best since her mansion truly feels like home with her six children -- Maddox, Pax, Sahara, Shiloh, Knox and Vivienne -- living with her

Meanwhile, though three of the kids are not really biologically hers, the actress loves them like they came from her -- like any mother would. During her interview with Vogue India, the "Mr. & Mrs. Smith" star said that she is blessed to be their mother.

"With my adopted children, I can't speak of pregnancy, but I speak with much detail and love about the journey to find them and what it was like to look in their eyes for the first time," Jolie went on.

With that said, here are the Angelina Jolie kids:

Maddox, who was originally named as Rath Vibol, was born on August 5, 2001. The actress adopted him on March 10, 2002 when she visited Cambodia to learn more about refugees.

"In 2001, I was in a school programme in Samlout playing blocks on the floor with a little kid and as clear as day I thought: 'My son is here,'" Jolie recalled. "A few months later I met baby Mad at an orphanage. I can't explain it and am not one to believe in messages or superstition. But it was just real and clear."

Though the actress was married to Billy Bob Thornton at that time, she chose to declare herself as Maddox's only parent.

The then 6-month-old Ethiopian baby girl named Zahara caught the actress' eyes. On July 6, 2005, the "Maleficent" star adopted Zahara after meeting her at the Wide Horizons For Children orphanage in Addis Ababa, Ethiopia.

However, Angelina faced a slight setback when she brought her home to the U.S. since her birth mother, whom they thought died during childbirth, appeared and tried to reclaim the baby. According to the mother, she only put Zahara in the orphanage because she was too poor to take care of her.

After a few negotiations, she later withdrew her claims and gave her blessing to Angelina for the adoption.

Like Maddox, Zahara only has Angelina's name on her certificates, although Brad Pitt went with her during the paper signing.

In January 2006 though, Brad officially adopted Maddox and Zahara and their surnames were changed to Jolie-Pitt since then.

On March 15, 2007, Brad and Angelina added more joy to their family as they welcomed the 3-year-old Vietnamese boy, Pax Thien.

The child was born in November 2003, but he was left in the Tam Binh orphanage in Ho Chi Minh City, Vietnam.

His original birth name was Pham Quang Sang, but Angelina changed it to Pax Thien -- Pax means "peace" in Latin, and Thien means "sky" in Vietnamese. It is also believed that Angelina's mother suggested the name "Pax" before she passed away.