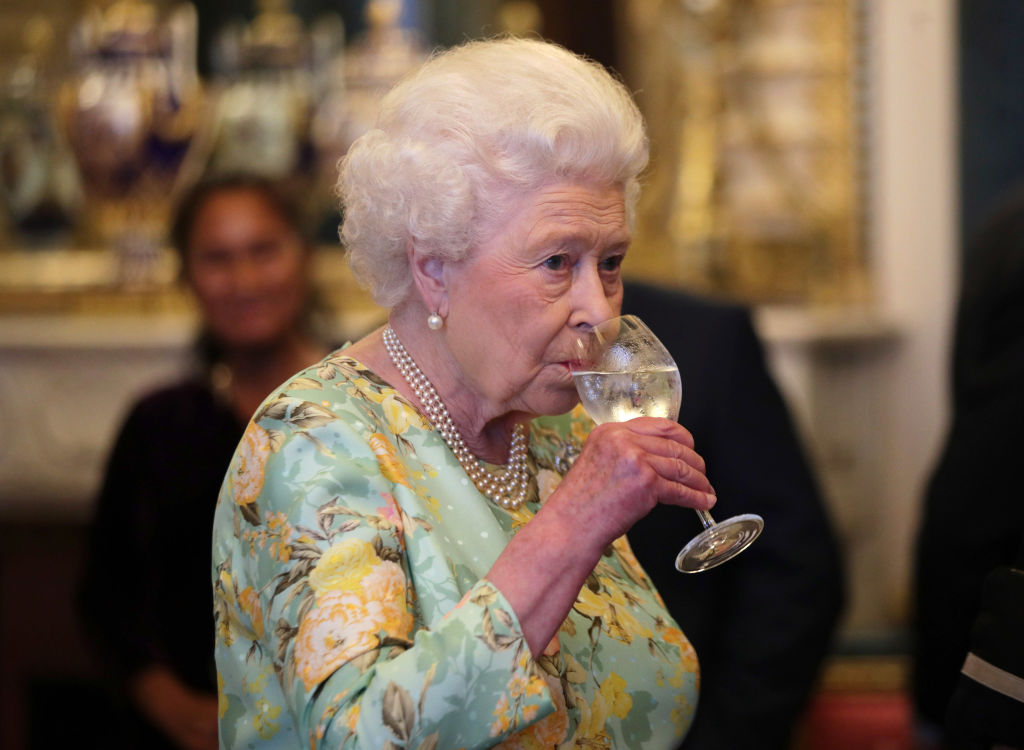 A department of the Royal Household called the Royal Collection Trust had launched a small batch of premium, dry gin for sale in its shops starting on Monday.

The gin is said to be infused with mulberry leaves and bay, picked from Buckingham Palace's back garden.

Aside from that, it is also infused with citrus. The regal gin is said to have derived from 12 botanicals such as lemon verbena, hawthorn berries, and more, which were also collected from the London palace's garden.

The Trust advised, "For the perfect thirst-quencher, the recommended serving method is to pour a measure of the gin into an ice-filled short tumbler before topping up with tonic and garnishing with a slice of lemon."

With an alcohol by volume percentage at 42%, the gin will be soon officially be served at palace events also.

Each bottle may be purchased online on the Trust's website for £40 or $50 per 700ml bottle and will guarantee to lift your royal spirits.

Gin is a staple in the royal household. It was even reported that the monarch cleans her diamonds with it.

Queen Elizabeth II formulating her gin to sell them comes after it was reported that revenues from tourists visiting her homes were wiped out by the coronavirus pandemic.

Queen Elizabeth II is down by around $22 million from tourism income.

The Royal Collection Trust has said to agree to defer its annual payment to the Royal Household because they haven't earned any money from tourists and visitors.

The Trust, which is owned by Her Majesty and manages the palace tourism, says it will make a $37.5 million loss this year since most of the Queen's palaces are closed.

Hundreds of the 93-year-old monarch's employees have also faced redundancy. Since the UK went into lockdown in March, employees at Buckingham Palace and Windsor Castle, including the office staff, tour guides, and caterers, continued to get full pay despite it being closed for 15 weeks.

As the tourism industry in the UK continues to be ruined by the deadly pandemic, it has been reported that around 250 jobs have been axed, with some staff even offered voluntary redundancies.

According to a Palace insider who spoke to The Sun, "These redundancies are just the beginning. We expect that when full financial fallout is revealed later this year, there will be mass redundancies and a scaling down of operations."

"There are serious questions now whether the Queen will ever go back to Buckingham Palace."

Windsor Castle is expected to be open at the end of the month when Her Majesty goes to Balmoral.

Vice Admiral Tony Johnstone-Burt advised the palace staff, the household's master, "We may not be fully operational across all of our various activities until 2021. As a result, we have had to start considering some tough decisions."

According to them, there's also a payment and recruitment freeze imposed.