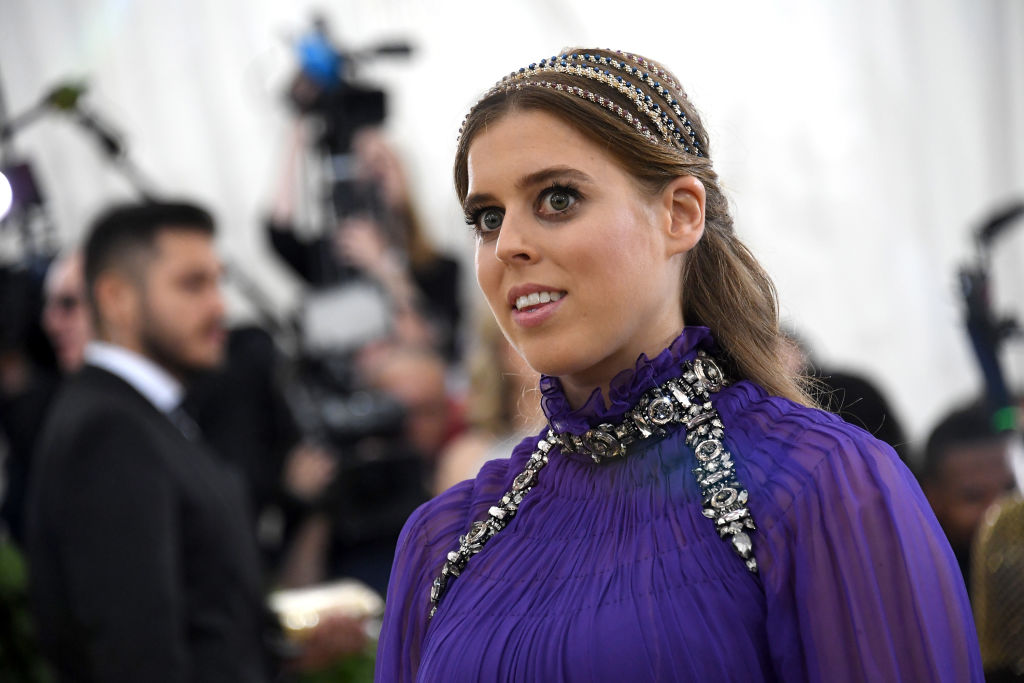 After the postponement and numerous royal family scandals, it has been confirmed by the Buckingham Palace that Princess Beatrice, the daughter of Prince Andrew and Sarah Ferguson, has officially married in a private ceremony in Windsor.

The wedding took place on the morning of July 17, 2020, at The Royal Chapel of All Saints at Royal Lodge.

Princess Beatrice was initially due to marry Italian property tycoon Edoardo Mapelli Mozzi in May, but the coronavirus delayed the plans.

The ceremony was supposed to be held at the Chapel Royal, St. James Palace, in London.

Queen Elizabeth II and her husband, Prince Philip, the Duke of Edinburgh were driven from Windsor Castle to the chapel where the wedding was held.

Her Majesty was pictured wearing a turquoise coat with a matching hat for the formal occasion.

The 94-year-old Queen and her 99-year-old husband were among a small group of close friends and family who have attended their intimate wedding.

There were around 20 people who attended, and as per the Palace's statement, "The wedding took place in accordance with all relevant government guidelines."

It is also understood that the bride spent the night before the wedding at the Royal Lodge with the Fergie and Prince Andrew, just before making the walk to the church grounds.

According to a friend of Princess Beatrice and Edo, their nuptials were arranged for today to ensure that Queen Elizabeth II could attend the ceremony just before she leaves Windsor for Balmoral Castle at the end of July.

A source told The Sun, "A massive wedding was out of the question because of the coronavirus."

They added, "They were very keen for the Queen to come, so the wedding had to happen before she goes up to Balmoral to see this was a great opportunity."

The source further shared that many supposed guests were left disappointed for missing Princess Beatrice's big day, but they understood the reason behind it.

"They needed to make the wedding COVID-secure and safe for the Queen, so what better way than the All Saints Chapel with a reception on-site at the Royal Lodge."

The insider stated how the wedding made the royal family seemed like they were just a typical family. They also had to make sacrifices, like many people, while having a wonderful celebration.

When the time is right, the source said that Princess Beatrice and Edo would host another celebration for becoming Mr. and Mrs.

A large amount of beer bottles has also been spotted outside Windsor Castle, but it wasn't confirmed if it was for the wedding.

It remains unclear if Prince William, Kate Middleton and the rest of the Cambridge kids attended the wedding.

Princess Beatrice's wedding comes after a difficult time for the royal family, especially for Prince Andrew, as he was forced to step back from royal duties for his connection with disgraced financier and pedophile, Jeffrey Epstein.

Even before the pandemic, it was already reported that the York Princess's wedding would not be televised, nor will it be a grand event, because of the failed bombshell interview of the Duke of York with BBC Newsnight regarding the whole Epstein ordeal.

Though the 60-year-old Prince continues to deny the accusations of his involvement, it was unclear whether he would walk Princess Beatrice down the aisle.