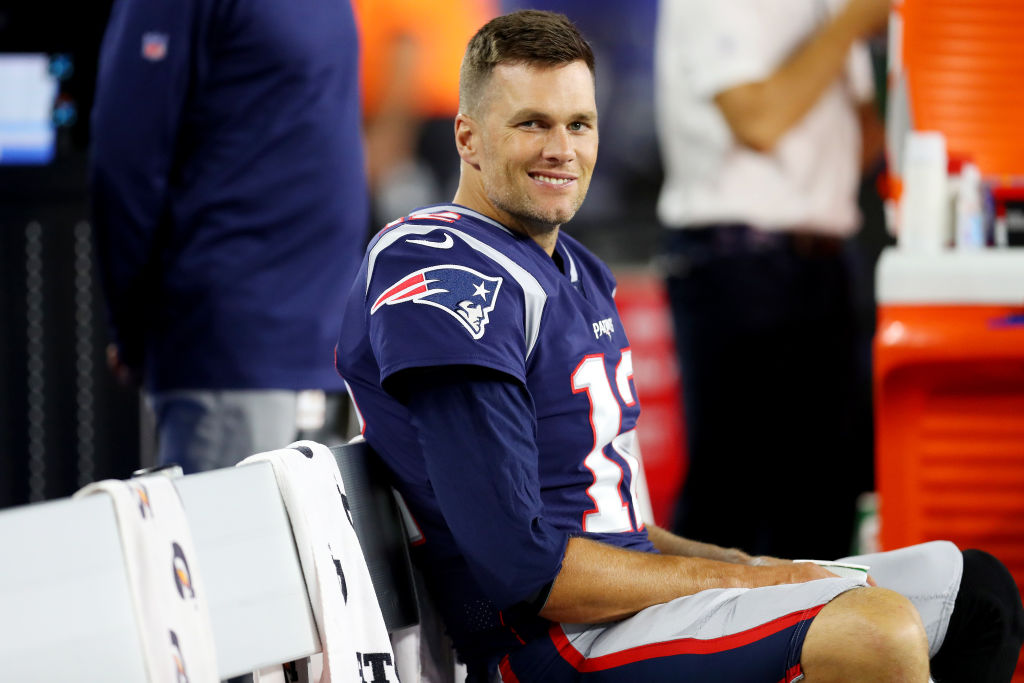 Tom Brady just turned 43 years old yesterday, and the quarterback for the Tampa Bay Buccaneers just revealed he was going to buy himself a new phone.

The NFL star dominates the football field, but at the bank, where does he stand?

Brady is one of the best New England Patriots players ever, so it has been expected that he made a lot of money. Even when he transferred to Tampa Bay, which earned him $50 million just signing with him, must be a lot. That added to Tom Brady's net worth, for sure.

Tom Brady has a net worth of $180 million. Combined with his wife, Gisele Bundchen's earnings, both are worth $580 million as of January 2020.

In an Instagram Story, the star shared on Saturday, and it may seem like it was just a simple video of what's inside his car and what he was listening to.

However, eagle-eyed football fans noticed that the six-time Super Bowl champion's phone was using an outdated cellphone - an iPhone 6+.

The iPhone 6+ was released in 2014, and because of the upgrades of the Apple device each year, Tom Brady's phone is exceptionally ancient.

But why is he using this old phone if he could afford an updated one?

One Twitter user thinks that maybe the football star is using an old phone as a nod to his six Super Bowl rings.

However, others have suggested that it could be because it was the last iPhone model with a headphone jack.

Some also pointed out that it was weird how Tom Brady was using such an old phone, given that he claimed to destroy each of his mobile devices every eight months.

It is also worth noting that the 2015 NFL star's phone at that time was subject to an investigation after being involved in illegally deflating footballs during the Patriot's AFC Championship Game victory in 2014.

The exact date that he was questioned about tampering allegations, CBS Sports reported that he immediately got rid of that old phone.

On his birthday on Monday, he took light into social media users' joke and tweeted out, "New beginnings in year 21. Happy 43rd birthday."

Mocking his fans, Tom Brady added, "Thank you for the bday wishes!! Might treat myself toa new iPhone this year."

But it's not just Brady, one of the GOATS, who is still using an extremely ancient device.

Early this year, football star Cristiano Ronaldo was spotted arriving at an Italian stadium using a blue iPod Shuffle clipped to his tie.

The photo, which was captured by TMZ, was taken in January 2020, and the iPod Shuffle was discontinued in 2017.

Ronaldo has a net worth of $460 million.

In February, Liverpool football star Sadio Mané was also photographed with a cracked iPhone 11 while preparing for a game.

His net worth is reportedly $20 million, and with that amount of money, he surely can purchase a new one whenever he wants.

But why do these professional athletes don't like to upgrade?

Mané answered that he prefers to help people instead of purchasing himself "ten Ferraris, twenty diamond watches," and whatnot.

Maybe that's what Tom Brady is using with his money and millionaire net worth as well.

Or perhaps that's what all professional athletes have been doing - to donate and help people around the globe.

READ MORE: Yoenies Cespedes Opt Out? There's Something Fishy About The Move!