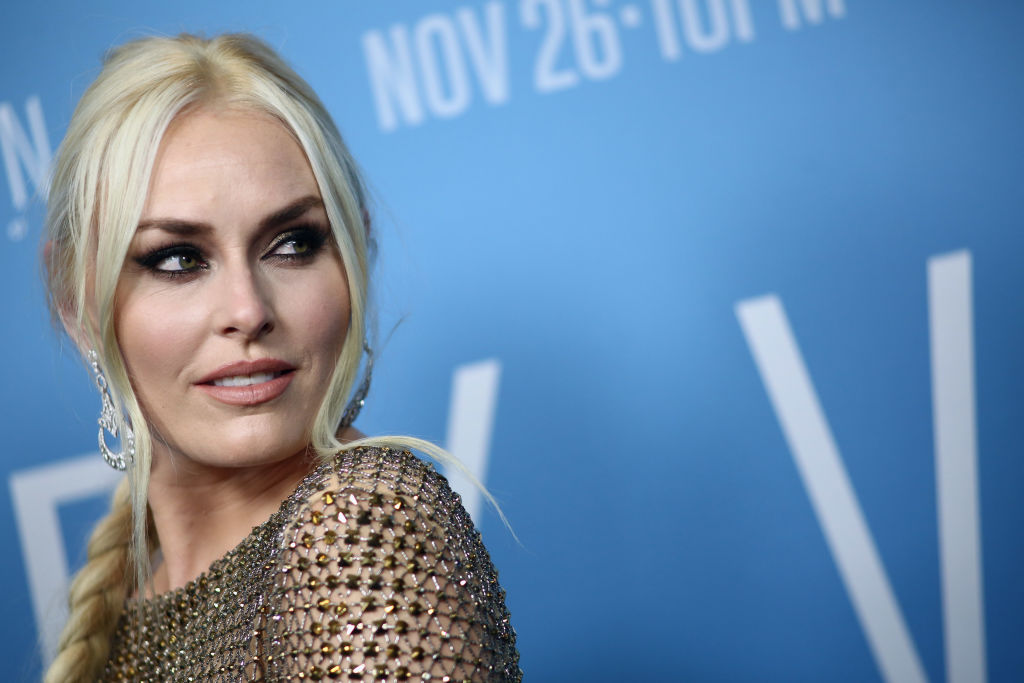 Lindsay Vonn just revealed that a porcupine attacked her dogs -- well, after the boys chased the said animal.

The former Olympian also shared some pictures of the poor state her dogs were in.

Vonn's dogs got into an adventure they are not likely to forget anytime soon. This would probably stay in Vonn's memories of them forever as well.

Moreover, because she shared it to the world through her social media, people now can no longer forget what dogs look like when they messed up with a porcupine.

According to Vonn, her dogs were probably feeling bored and a tad mischievous over the weekend, so they decided to make chasing a porcupine a game. While they were able to successfully caught up to the animal, they were the ones on the losing end.

They ended up in a vet clinic, actually.

"So... my boys got into some trouble over the weekend ‍️ They ran out of the house and chased after a porcupine... as boys do," Vonn wrote. "Incredibly thankful that they are ok. I also greatly appreciate my family and friends for helping them make it home safe and the love and care that they got from White Pine Vet  You guys are the best!"

A photo of the two dogs looking up forlornly into the camera with porcupine quills stuck to their faces accompanied the said post. It is apparent that the dogs were quite regretful of what they have done. Thankfully though, as Vonn said, they are now okay and are not seriously harmed.

View this post on Instagram
So... my boys got into some trouble over the weekend ‍️ They ran out of the house and chased after a porcupine... as boys do Incredibly thankful that they are ok. I greatly appreciate my family and friends for helping them make it home safe and the love and care that they got from White Pine Vet You guys are the best! A post shared by L I N D S E Y • V O N N (@lindseyvonn) on Sep 22, 2020 at 5:24am PDT

Lindsey Vonn: Where Is the Professional Skier Now?

It can be remembered that the renowned skier decided to take a step back from her career back in 2019 so she can start enjoying life. She has worked so hard in the past, bagging 12 wins in the 2011-2012 ski season alone. Apparently, this is born from all the negative things she had been hearing from the media.

In 2007, she got married to Thomas Vonn, another professional skier who became her coach. They eventually divorced in 2011, and because of the backlash against her after it happened, she used the pain to fuel her wins.

"It always motivates me to hear people trash-talk me because I just love to prove people wrong," she said at the time. "I'm actually kind of thankful for the haters. Because it made me stronger and it pushed me harder. It made the comebacks that much sweeter," Vonn said previously.

In 2019, Vonn realized that it's not other people she should be listening to but only herself. In a quite candid and emotional IG post, she shared that she would no longer compete and that the World Championships in Sweden would already be her last. She went on to win a bronze medal in her final race.

She said her body has already decided for her and it is time to listen to it. Her body is beyond repair, she said, so it's time to stop.

Asked if quitting means she's proving the media right -- that she's weak and she's too old -- Vonn said no. She then pointed out that life is a much bigger race that she can win and fill in. Lindsey may be an accomplished professional, but it cannot be denied that she was not able to experience the world like ordinary people have.

She even revealed the things she would like to do -- endorsement deals, new television opportunities, a relationship that she can prioritize, nieces she can play with, and grief to process.

It seems she is doing it now, having some down time with her dogs.