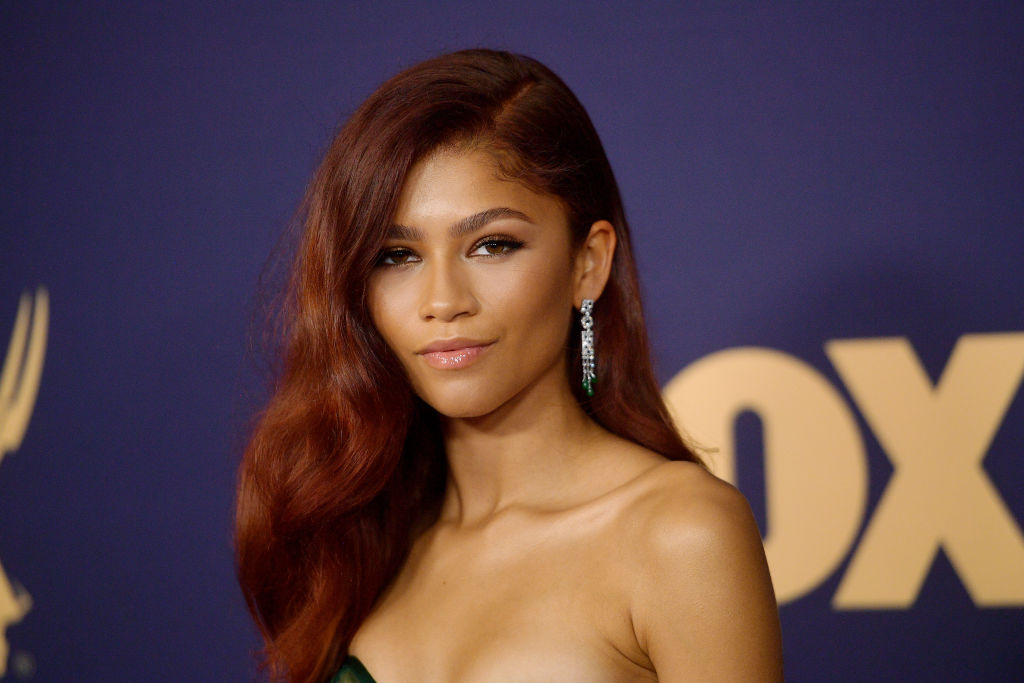 Zendaya notched a record-breaking victory in the Emmys 2020, winning in the category that included the likes of Jennifer Aniston, Sandra Oh, and many more A-list celebrities. Not that she did not deserve it, but it's just shocking. It's even considered an upset win by some.

This year's Emmys recognized her acting prowess for her HBO show "Euphoria." Given the show's reputation for being gritty and radical, there is no doubt that Zendaya put in all her blood and sweat to deserve such an award. And that means she does not have the time for the drama and effort that comes with being in a relationship.

According to Pop Sugar, Zendaya is presently single. The stunning 24-year-old, who rose to fame as a Disney Channel star around 20 years ago, has been quite successful in keeping her private life quite private even though she's technically everywhere -- movies, television, endorsements, and many more.

With that said, while it's confirmed that she is indeed single at present, she has been linked to some stars in the past. Some said they actually became her boyfriends but without confirmation. Below are three of these men who are lucky enough to be called Zendaya's boyfriend at one point in time.

A fellow Disney star, it does not sound farfetched that he'd be Zendaya's boyfriend. The two were reportedly friends for a while before they started hanging out in 2012.

Allegedly, they struck a romantic relationship that lasted for four long years. Four years is long in Hollywood standards, although it's weird that nobody confirmed the relationship if it's almost like an eternity. Instead, the two kept insisting their chemistry was merely platonic.

Zendaya said so as much during Trevor's 18th birthday. "There's going to be those [rumors]," Zendaya told HipHollywood at the event. "But he's my best friend in the whole world. I love him to death . . . That's all it is."

In an interview in 2017 with Vogue though, Zendaya said she was with someone for four years. Trevor was not mentioned, but fans cannot help but guess he's the mystery man the actress was pertaining to. They just unfollowed each other some months back, so it's quite a no-brainer for their Millennial fans.

Tom Holland is another guy she's linked with, probably because their chemistry was palpable on "Spider-Man: Homecoming." Holland played the lead and Zendaya played his love interest, which for viewers often meant they are also dating in real life.

Both, however, did not bother fooling the public and hinted that they look at each other as more than friends, which is not unusual in the world of show business. However, they eventually said they are only friends.

On the other hand, insisting loudly you are friends with someone is always a sign that you can be together with the person. Rumors intensified when Zendaya's close friend, Kiya Cole, made an Instagram comment that "confirmed" the relationship.

A fan mocked a post made by Just Jared on IG about Zendaya celebrating her 22nd birthday with her rumored boyfriend. The close friend was quick to say: "Yes. It's true. They have been on the low for a while."

Whether or not that means Cole overstepped her boundaries is uncertain. However, that sounded like a confirmation that Holland had been Zendaya's boyfriend.

Most recently, Zendaya had been linked with her "Euphoria" co-star Jacob Elordi.

Elordi was once linked to his "Kissing Booth" partner Joey King, but they called it quits in 2018. There were rumors that Zendaya caught Elordi's eyes in 2019.

Being seen vacationing in Greece also looked like legit evidence. However, Jacob told GQ Australia that Zendaya is simply really close to him and other people on the show -- noting that she's like a sister to him.

If all these denials are true, then Zendaya has been single for quite some time. Given her dedication to her work, who can blame her?