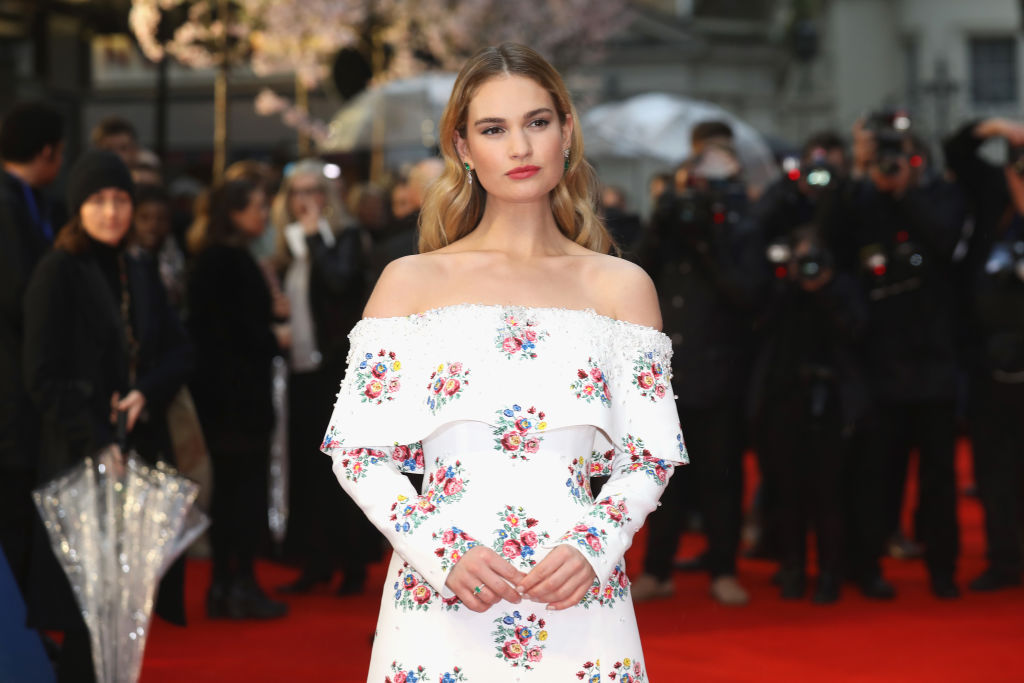 Over the past few weeks, Lily James made headlines after being photographed canoodling with married co-star, Dominic West. But new revelation shows that even before the entire photo scandal in Italy, the actress has also ruined another marriage for being extra flirty with a married co-star.

According to reports, the 31-year-old was caught getting flirty with her on-screen husband, Armie Hammer, while filming the Netflix movie "Rebecca" last year.

A source told the "Daily Mail," James became extra flirty with Hammer, who was married to 38-year-old Elizabeth Chambers. Apparently, the actress was extra sweet with Hammer even if she knows that he is married with two kids.

"She was not subtle. And he was into it, no doubt about it. She was touching him constantly, giving him long, smoldering looks," the source told the British news outlet.

The source claims Hammer chose to spend weeks near the set during the filming period instead of returning to see his family, who were also in the United Kingdom at that time.

When the movie production wrapped up in August, Hammer returned to his family to Los Angeles. But things escalated quickly when his wife discovered passionate messages on his phone from a certain "Adeline."

Interestingly, during the Netflix drama filming, which was released on the streaming giant last October 16, James was referred to as "Adeline" on the movie call sheets, even if her character was only introduced as Mrs. de Winter.

But instead of throwing their 13-year relationship out of the window because of a flirty text message, Chamber tried to work out her marriage with Hammer.

"She is an amazing woman. She doesn't deserve this. You couldn't ask for a more stunning devoted wife, and she's a great mom to their two little ones," the source explained.

The couple tried working on the relationship by going to couple's therapy and even planned to renew their marriage vows.

After two months, the 43-year-old actor accidentally sent a sexually explicit text message, which she is very much aware was not meant for her but another woman.

That's when the couple decided to end their relationship. In July, Hammer and Chambers announced their split up by posting identical statements on their social media accounts.

"Thirteen years as best friends, soulmates, partners, and then parents. It has been an incredible journey, but together, we've decided to turn the page and move on from our marriage," the statement reads.

"As we enter into this next chapter, our children and relationship as co-parents and dear friends will remain our priority," the statement continued.

The couple was aware that their breakup could lead to public discussion, so aside from "compassion and love," Hammer and Chambers also requested the public to respect their privacy for the sake of their children and family.