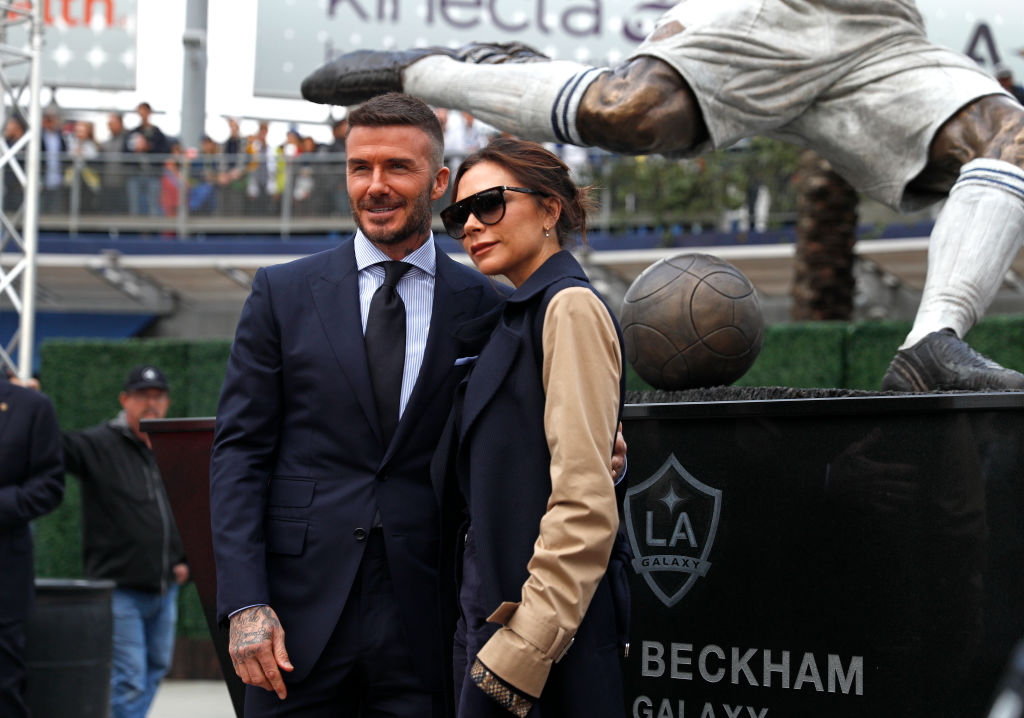 David and Victoria Beckham are undoubtedly one of the most famous couples in the entertainment industry. Most people are swooned by their love story: a hot athlete feel in love with a pop star, and they live happily ever after. It seems like a fairy tale, isn't it?

While David and Victoria's love story has always been an open book to the public, they rarely share details that interest the people most. But it looks like the Beckham fans will no longer crave for more information about the couple and the family they have built as David and Victoria reportedly signed a massive deal with Netflix to tell their story. Yay!

According to reports, the A-list couple just signed a $207 million deal with the streaming giant to have a documentary special featuring their private life, from courtship down to creating a family of six.

A source told "The Sun" that the Netflix special will focus on the life of David Beckham, featuring his earlier days as a football player, courtship with the "Spice Girls" alum, and his current life as a husband, father, and entrepreneur.

Camera crews will reportedly follow the former football star as if he is in a reality TV show, which is expected to showcase the other side of him.

"This is a real coup for Netflix and will show a completely different side to David, one the public very rarely get to see," the insider said.

Thanks to his family's love of documenting and archiving moments, David's avid-fans will get a glimpse of some memorabilia and footage during the earlier days of his career.

"David's family are all massive archivers; they've been proudly documenting his career since he was a boy and have kept all the old local newspaper cuttings, school records, and team photos throughout the years," the source explained.

"Some old footage from special occasions will be shown, and a crew will document David's life now, following him around the globe as he fulfills various business ventures," the source added.

What Else to Expect from the Series?

The "Daily Mail" reported that the docu special, which title remains unknown, will open with David playing football with his father, Ted.

It will feature interviews with family, friends, and former teammates from England, Manchester United, and Real Madrid crew.

The series is expected to drop on Netflix by the year 2022 as it will be produced by David's newly launched Studio 99 media and production company.

Earlier this year, David is rumored to be in talks with BBC and Netflix to have his own cooking show.

During the coronavirus global pandemic, David spent the lockdown period with his family at their Cotswolds home. He has been showing off his culinary skills during the past months in quarantine.

He was also once featured in Gordon Ramsay's cooking show "The F Word," where he showcased his way around the kitchen.