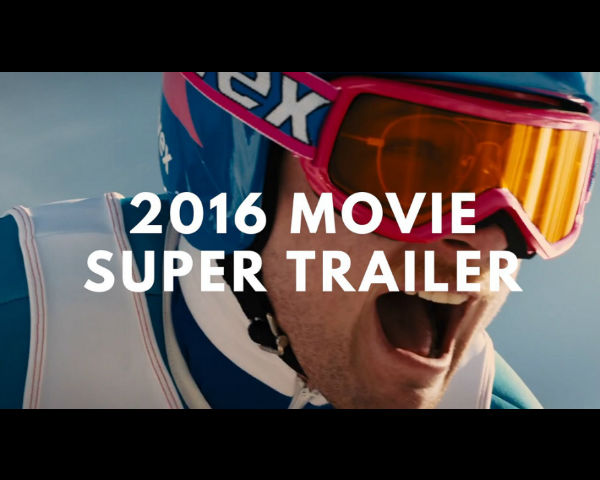 This video by Burger Fiction sums up the movies you don't want to miss this year. There are plenty of videos that look back on last year's movies, so they decided to look forward to all the movies coming out in 2016. I say they did a great job in mashing up all those awesome upcoming films.

The amazing movies in the video in order of appearance include Batman v Superman: Dawn Of Justice, Gods Of Egypt, Independence Day: Resurgence, Zoolander 2, Captain America: Civil War, Kubo and the Two Strings, I Saw The Light, X-Men: Apocalypse, Pride And Prejudice And Zombies, Suicide Squad, Now You See Me 2, Suicide Squad, Masterminds, The Brothers Grimsby, Central Intelligence, The Nice Guys, Star Trek Beyond, "Hail, Caesar!", Everybody Wants Some, Knight Of Cups, Ride Along 2, Ice Age: Collision Course, Dirty Grandpa, The Bronze, Eddie The Eagle, Norm Of The North, A Monster Calls, The 5th Wave, Fantastic Beasts And Where To Find Them, Barbershop: The Next Cut, Regression, The Huntsman: Winter’s War, and many more!

They are coming sooner than we expected and we are all excited!