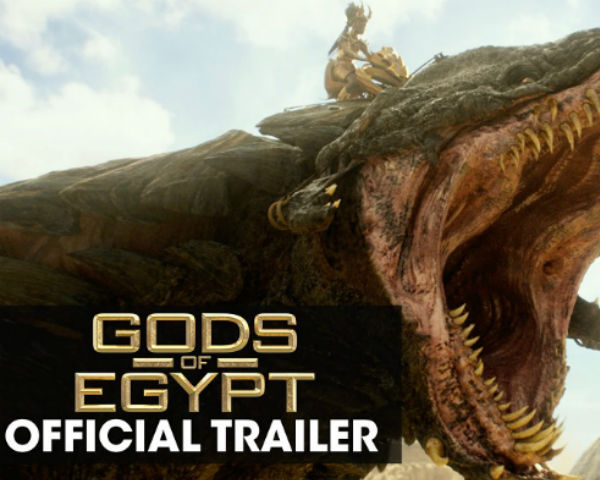 Butler plays the god of darkness Set who takes over the Egyptian empire, and Thwaites plays the mortal hero Bek who partners with the god Horus, played by Coster-Waldau, to save the world and to rescue his love.

White actors make up most of the principal cast of Gods of Egypt. When Lionsgate began marketing the film, the Associated Press said the distributor received backlash for "ethnically inaccurate casting". Lionsgate and director Alex Proyas both issued apologies. The AP said, "While some praised the preemptive mea culpa... others were more skeptical, concluding that it's simply meant to shut down any further backlash."

Lionsgate plans to release Gods of Egypt in theaters in the United States on February 26, 2016 and in the United Kingdom on April 8, 2016. The film will be released in 2D, RealD 3D and IMAX 3D..