Dancing With the Stars pro Val Chmerkovskiy thinks Marla Maples should be known for more than just being Donald Trump's ex-wife.

Maples was eliminated from Dancing With the Stars on Monday, alongside her pro partner, Tony Dovolani. Chmerkovskiy, who is paired with Ginger Zee, spoke after the episode about Maples' grace.

"I want to commend Marla on her grace," he said. "I hope she leaves with a great feeling. She had a great showing, and it was sad that she had to go."

He also discussed Maples being referred to as Trump's ex-wife every single week, which got on the nerves of some viewers.

"This is Hollywood, and people tuning in every week don't always remember what happened the week before, so we want to introduce our celebrities in the most [succinct] way," Chmerkovskiy explained. "But having said that, I think she has other things I think we could celebrate outside of her being the former Donald Trump's ex."

Regardless, Chmerkovskiy commended Maples for holding her head high during her introductions at Trump's ex.

"She never stooped down to make that a thing. That, for me, is one of the more impressive things about how she was on our show," he noted. "I probably would not have handled it with that much grace."

Meanwhile, Maples is disappointed to be leaving Dancing With the Stars so early.

"Truly, my heart's broken. I love the show," Maples said in an interview with People. "I've had a rough few years, and this helped me learn how to not just walk again but learn how to dance. So I really hoped to continue and I hoped we could just keep sharing the fun."

Dovolani admitted that he really didn't see this elimination coming so soon.

"I have to say, for the first time in 21 seasons, I did not expect this at all," he said. "We had such a great journey, she was growing every single week, it felt like she was really hitting her stride." 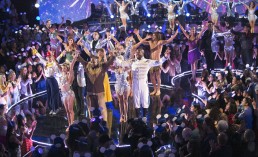 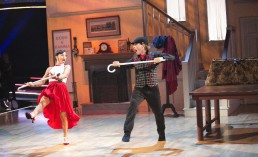 'Dancing With the Stars' Season 22: Karina Smirnoff Talks Having Doug Flutie As A Partner [VIDEO] 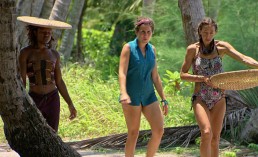