For years, Hadid and Vanderpump were the best of friends and often appeared together on the show. However, after Vanderpump allegedly confronted Hadid on-camera about his children's Lyme disease, he cut ties with the restauranteur.

"Lisa and Mohamed's 20 year friendship came to an abrupt end when Vanderpump, for the umpteenth time, asked about his kids, Bella and Anwar, and their Lyme disease," TMZ reported on Friday. "Hadid will be cordial during shoots, but ANY attempt to renew the friendship -- even for the show -- is out of the question, as far as he's concerned."

Following their fallout, Vanderpump's husband, Ken Todd, reportedly attempted to mend things between the former friends, but Hadid is said to be unwiling to patch things up. He's also reportedly stayed away from Vanderpump's three restaurants since the drama went down.

After an episode of The Real Housewives of Beverly Hills season six featured Vanderpump speaking of Bella and Anwar Hadid's Lyme disease and how Hadid had not said they had it, Hadid took to Instagram, where he shared his thoughts.

“I do not wish to make public my family’s private matters, but I would like to make it clear that I completely and unequivocally support my children and their mother," Hadid wrote on Instagram in January. "I can only imagine that my response to a question at dinner asking how my kids are doing with ‘fine’ was misconstrued. I have too much respect for all 5 of my children to speak about them publicly in a restaurant or otherwise. I will not speak further on something that should be put to rest now."

Despite their divorce years ago, Hadid and Foster have remained close for the sake of their children, and as Foster revealed during a recent appearance on Watch What Happens Live, she will be returning to her former name, Yolanda Hadid, once her divorce from David Foster is final. 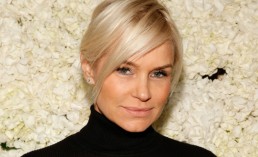 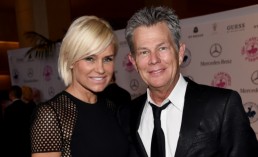 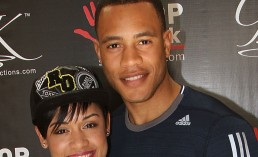