Bob the Drag Queen has quite an interesting story to tell on the next episode of RuPaul's Drag Race.

On Monday, a new sneak peek was released of the six queens preparing for their next performances as they take on their political sides. This should be fairly simple for Bob since she's made it clear that she is already a political person.

She revealed a certain incident that took place about six years ago in Albany, New York when she and her other drag friends would dress up and do what they can to spread the message of equality.

It turns out that the law enforcement officers thought she went one step too far one day when she blocked traffic on the street. So they threw her in jail right in her drag attire.

Bob then tells the other girls that she's into listening to politicians since they have the power to create a change. She adds that something can be done before it actually happens.

Before this episode, the contestant to leave was Robbie Turner. Speaking to Huffington Post about her elimination, she revealed something she would change if given the opportunity.

"I would've roller skated more- you know that went over really well- and spitting water at the audience during the punk challenge went well. I'd probably do those things as much as I could," Turner said with a laugh. "You know, you get in your head and you get intimidated by the drag queen that made good. Being a drag queen has never been able to be a substantial career before RuPaul made it so." 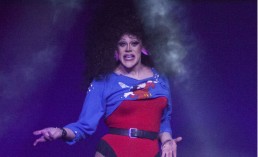 'RuPaul's Drag Race' Season 8 Spoilers: Thorgy Thor Reveals Who She Thinks Will Be Eliminated Next [VIDEO] 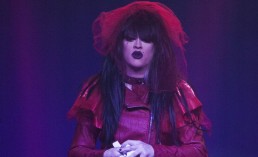 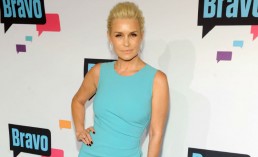