Mohamed Hadid and Lisa Vanderpump are no longer in contact after an on-air comment made by Vanderpump during The Real Housewives of Beverly Hills season six.

After Vanderpump suggested Hadid had said his and Yolanda Foster's two children, Anwar and Bella, weren't really suffering from Lyme disease as she claimed, Hadid cut ties and Foster explained where she stood with Vanderpump a short time later.

“I don’t think she dislikes me, I just think that we never had an intimate friendship like girlfriends should have and I think the reason is that her friendship and loyalty was with Mohamed. So our friendship has always been very superficial but I don’t think she hates me,” Foster explained during an appearance on Watch What Happens Live last week, via Reality Tea. “It was a Hollywood friendship.”

Vanderpump and Hadid were close friends for many years, but as Foster revealed during the appearance, they are now completely estranged.

“They haven’t spoken for eight months, since she made the statement that Mohamed said the children aren’t sick. He hasn’t spoken to her since,” she told host Andy Cohen.

On Instagram after the Real Housewives of Beverly Hills episode aired, Hadid released a statement.

“I do not wish to make public my family’s private matters, but I would like to make it clear that I completely and unequivocally support my children and their mother," Hadid wrote. "I can only imagine that my response to a question at dinner asking how my kids are doing with ‘fine’ was misconstrued. I have too much respect for all 5 of my children to speak about them publicly in a restaurant or otherwise. I will not speak further on something that should be put to rest now."

Since then, Hadid has remained focused on his children, including Bella and Anwar, who he recently shared a photo of.

"My kids. Sister brother. Love these kids," Hadid captioned the photo above. 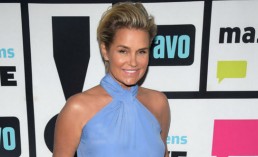 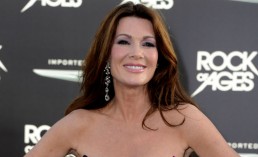 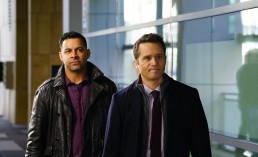