The series' 100 the episode is just around the corner, and the milestone event will spell trouble for Team Machine. "The Day the World Went Away" will prove once and for all that Samaritan really does have the upper hand.

"Finch's number comes up when a fatal error blows his cover identity and sets off a deadly series of escalating encounters with Samaritan's operatives, on the 100th episode of Person of Interest," CBS teased.

The May 31 episode will turn "NY into a warzone," and it's all because Samaritan is outthinking Finch's (Michael Emerson) No. 1 creation.

"I had a line in Episode 10 where I said [to the Machine], 'I see you've thought several steps ahead and our opponent has thought a thousand,'" Emerson told TV Line. "There's just no fighting that much computing power, that much ability to run variations of situations."

Perhaps it is time Finch gave the Machine the same autonomy as their enemy. Giving over the reins is a sticking point between Root (May Acker) and Finch, but the latter may soon come to realize that his friend is right.

"It creates a forum for a philosophical battle between Mr. Finch and Root, because they're collaborating on the reboot and she likes a more powerful, less ethical enemy for Samaritan. She wants it just to go for it," Emerson told TV Guide. "But Mr. Finch will try to hold onto the original concept."

It's as the old axiom goes, people who don't learn from the past are doomed to repeat it. It's clearly time for Finch to embrace the future in whatever form that Orwellian nightmare will take.

Find out more when Person of Interest airs Mondays and Tuesdays at 10 p.m. ET on CBS. Click the video below to see a preview for the series' most recent episode. 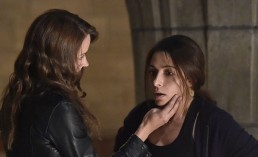 'Person Of Interest' Season 5: Root & Shaw 'Torrid' Reunion Preview, Happily Ever After In The Cards? [VIDEO] 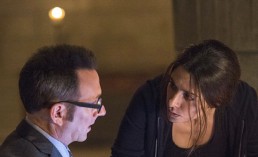 'Person Of Interest' Season 5: Finale Run Will 'Blow Things Up', Will There Be Any Survivors? [VIDEO] 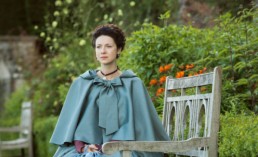