After a month of firings, contract negotiations and angry fans, ABC has decided to officially cancel Castle after eight seasons.

Castle is ending after eight seasons, with ABC revealing on Thursday that they are not moving forward with the procedural. This news comes mere weeks after announcing they were firing co-lead Stana Katic (who plays Beckett) and supporting player Tamala Jones (Lanie), news that was met with near-universal backlash from fans.

As the weeks went along, Nathan Fillion (Castle) signed a new contract for season 9, as did many supporting stars like Seamus Dever (Ryan) and Jon Huertas (Esposito). This suggested that despite the bad press, ABC was determined to move forward with Castle in a new direction.

However, it seems that the negatives simply outweighed the positives. Thankfully for many fans, the show will at least conclude with both Fillion and Katic in starring roles, the way the show was originally devised.

Many of the show's stars have taken to Twitter and Instagram to voice their feelings on the cancellation and thank the fans for their continued support. Check out some of these reactions below:

Aight I’ve processed the end of living an 8 year dream & now I must thank those who have made that dream possible. You! The #Castle fans…

Hollywood’s not an easy town. As a cast & crew we were all very lucky 2 have
the right chemistry, love & support 2 create a wonderful show…

…that had success in a landscape of network TV where long runs R like unicorns. So thank u 2 the fans for giving me my own personal unicorn!

#Castle was a cornerstone of my life.
A safe environment to learn.
Thank you @ABCNetwork for giving a carrottop kid of 14 an amazing start

It's been a blast, a pleasure and an honor! One of the most fun and fulfilling years of my entire life! I am SO grateful for it ALL #Castle

So grateful to have worked with a truly special group of people at @Castle_ABC. Thanks for letting me join your family for a little while.

To the #Castle cast and crew who spent their days and nights working to entertain millions of people worldwide. pic.twitter.com/PIKwCQbNfx

Fillion has not made any official comments as of Friday morning.

UPDATE: Fillion has tweeted his response:

All things must end. It has been an honor working with the men and women of Castle. I am truly amazed at what we’ve done. Thank you all.

Dear Every Director,
It appears I have an opening in my schedule.

Dear Fans,
In whatever project I do next, loudly notice how unlike Castle and fresh and versatile I am. Thanks.

The final episode of Castle will air Monday at 10 p.m. ET/PT on ABC.

Watch the promo for the series finale of Castle below: 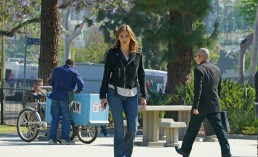 'Castle' Season 8 Spoilers: Will 'Everything End In Tragedy' for Rick & Kate? [VIDEO] 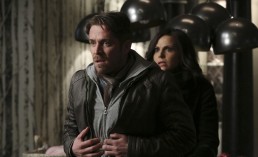 'Once Upon a Time' Season 5 Spoilers: How Shocked Was Sean Maguire Upon Learning Major Twist? [VIDEO] 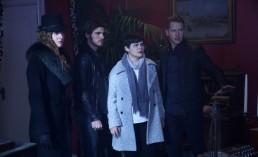 'Once Upon a Time' Season 5 Spoilers: Snow, David, Hook & Zelena All Imprisoned? [VIDEO]