Dancing With the Stars pro Peta Murgatroyd seems to be having one of the best weeks of her life!

Murgatroyd is reportedly pregnant with her and fiancé Maksim Chmerkovskiy's first child, multiple sources told People in a new report.

This news comes the morning after Murgatroyd won Dancing With the Stars with her celebrity partner, Nyle DiMarco. This is Murgatroyd's second victory on the show, previously winning in season 14 with Donald Driver.

Murgatroyd and Chmerkovskiy previously spoke about the possibility of children after they got engaged late last year.

"I would just like to bask in this engagement bliss for a little bit -- maybe for a year, maybe a little less -- but I would like to start [having kids] pretty soon," Murgatroyd said. "A little boy, and then a little girl."

"I think an older girl would be more responsible," Chmerkovskiy added, then quipping, "I was an exceptional older brother, but I think that was just a one-in-a-billion thing."

On a more serious note, Murgatroyd praised her fiancé's instincts to be protective.

"Maks always wants to take care of everybody, which, to me, was the biggest sign that he'll be an amazing father and take care of me the rest of my life," she said.

It is still uncertain when Murgatroyd and Chmerkovskiy will walk down the aisle, those she did tell reporters after the Dancing With the Stars show on Monday that they had picked out some dates.

Meanwhile, Murgatroyd and DiMarco are basking in the feeling of victory. The couple beat Paige VanZant and Mark Ballas and Ginger Zee and Val Chmerkovskiy Tuesday night, both of which proved to formidable competitors.

It remains to be seen if Murgatroyd will return for the upcoming 23rd season of Dancing With the Stars.

Dancing With the Stars season 23 is slated to premiere this fall in the regular Mondays at 8 p.m. ET/PT timeslot on ABC. 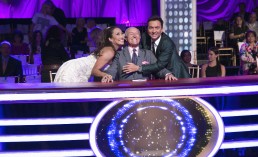 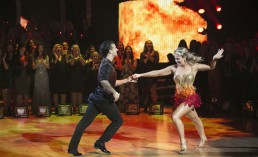 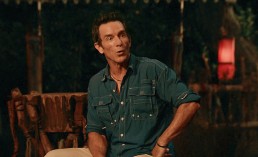