Person of Interest's unremitting battle against the might of Samaritan has pushed Finch's (Michael Emerson) brain trust to the limit. No amount of subterfuge, heroism, or clever coding has managed to bring their indefatigable foe to its virtual knees, and soon Harold will have to take matters into his own hands.

Episode 11, "Synecdoche," will see Finch break with the team, and, by time episode 12 rolls around, the bespectacled genius will be poised to take "drastic action" against the 21st century Eye of Sauron.

"As Reese (Jim Caviezel) and Shaw (Sarah Shahi) race to catch up with Finch, he infiltrates a maximum-security government facility in a desperate mission which could mean the end for not only Samaritan, but for himself and The Machine as well," CBS teased.

Titled ".exe," the series' penultimate episode will pave the way for "Return 0." Fans should brace themselves for a few tragic losses as the war against Samaritan comes to an explosive conclusion. After that premiere flashforward, death is most certainly in the cards.

In the meantime, watch Team Machine to take on "The Voice" once more during Monday's "Sotto Voce."

"The mysterious criminal mastermind known as "The Voice" returns and traps Reese and Fusco in their own precinct with several armed gang members and the latest POI," CBS teased. "Also, Root makes a shocking discovery."

Catch Person of Interest Mondays and Tuesdays at 10 p.m. ET on CBS. Click the video below to see a preview for the series' next episode. 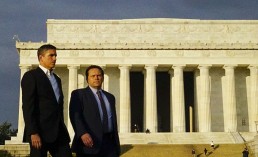 'Person Of Interest' Season 5: Can Reese Outwit The Secret Service? The President's Number Is Up [VIDEO] 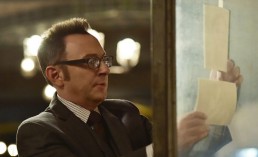 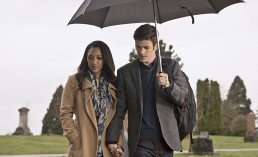