The family drama runs so deep on Netflix's Bloodline that it even affects the relationships between the show's cast members.

The dysfunction of the Rayburn family continues in the recently released second season of Bloodline. This is especially the case with Sally (Sissy Spacek) and her three children, Meg (Linda Cardellini), Kevin (Norbert Leo Butz) and John (Kyle Chandler).

Spacek and Cardellini spoke with Glamour recently about how the dramatic family tension made things difficult for them and their fellow actors.

"Season two was much more difficult for me. I was like a little puppy season one, like, 'Let's do it!' But I've grown so close to these TV children of mine, and the fallout from the show affected me," Spacek said. "The fact that our relationships were fractured and they were keeping secrets from me. Sally, at this point, doesn't have any idea how much more horrible things are than she imagines. And she thinks it's pretty horrible. It bled over. It spilled into our lives there. We didn't see each other as much."

Cardellini agreed that the cast became "much more fragmented," to which Spacek said, "It was sad. Sad and lonely."

"I feel like I can't look her in the eye the same way," Cardellini said. "Your mother can see through you. And that's a relationship, I think, that Meg really feels the loss of."

Cardellini and Spacek do find ways to unwind after a particularly exhausting shoot.

Meanwhile, Spacek said that she does pilates, though she was quick to add, "And I drink."

Bloodline season 2 is currently available to stream on Netflix. 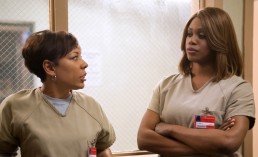 'Orange Is the New Black' Season 4: Will Gloria 'Take Responsibility' For What's Happened To Sophia? [VIDEO] 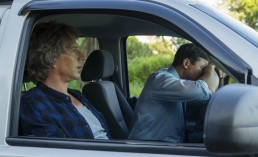 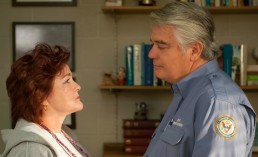