Eileen Davidson may be done with The Real Housewives of Beverly Hills.

As production on season seven nears its start, rumors regarding casting are in full swing, and according to the latest reports, Davidson may not rejoin her co-stars for the upcoming season.

"Eileen Davidson has not been asked to return to the series for season 7 later this year, and when she was requested, it was instead for a role as a 'friend of the wives,'" Christian Today reported on Friday.

After Carlton Gebbia and Joyce Giraud failed to appeal to viewers, they were booted from The Real Housewives of Beverly Hills after season four and Davidson and Lisa Rinna were brought aboard. However, after starring on the show in a full-time role for two seasons, Davidson's has reportedly faded.

"Other rumors suggest that this is due to her not having much of a story in the past two seasons, and she hasn't provided enough drama to make her relevant to the main story," the outlet continued. "She is also reported to be earning too much for only adding a little to the story, which could be why they are reluctant to get her back on the show."

“Eileen really hasn’t had much of a story in any of her two years on the show,” an insider explained to Real Mr. Housewife last week. “Think about it, the first season the one thing that finally made her relevant was Brandi Glanville throwing a glass of wine at her.”

“Then, last season the only storyline she had was getting angry at Lisa Vanderpump for mentioning her affair," the insider continued. "Notice how she kept bringing it up almost every chance she got. It was clear that she had no storyline.”

While Davidson may not have had much of a storyline at the start of season six, she did team up with Lisa Rinna towards the end of the season in an effort to expose Lisa Vanderpump's allegedly manipulative ways.

Tamra Tattles was first to report news of Davidson's possible exit from the show. 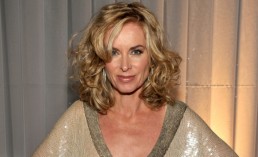 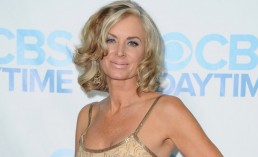 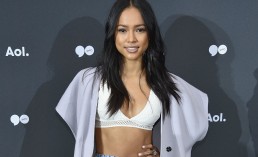 Chris Brown And Karrueche 2016: Tran Dragged Into Singer's Drama With Former Friend, Did She Hook Up With Him? [VIDEO]