Fans could be in for a very big moment in the upcoming season six finale of Game of Thrones with the arrival of a highly anticipated character.

Despite the denials that a zombified Catelynn Stark (aka Lady Stoneheart) wouldn't appear on the show, there are signs which seem to indicate she will in fact be there, especially in the final episode. Here are the three reasons we're pretty sure Lady Stoneheart is coming.

Earlier in the season, Martin insisted that the character, who got revenge on her enemies in the books a long time ago, was cut from the show, saying he wanted to put her in, but it wasn't his call.

However, after all of the secrecy the show tried to have regarding the fate of Jon Snow (Kit Harington) after his murder in the season five finale, it becomes hard to believe sometimes what the creators, Martin, and the cast all say regarding what would be major plot points.

The Other Revivals All Season

It isn't hard to believe another character would be brought back from the dead or presumed dead in the season six finale, after the season saw several. First, Jon Snow was resurrected from the dead by Melisandre (Carice Van Houten). Then, the long believed dead Benjen Stark came back to guide Bran (Isaac Hampstead-Wright) as he assumes the identity of the new Three-Eyed Raven. The Hound also made a return from the presumed dead as a member of a religious community, and his return also led to the return of the long missing members of the Brotherhood Without Banners. With all of these characters returning, it isn't hard to imagine that another missing character could also make a surprise appearance.

Catelynn Stark's Name Has Been Dropped A Lot Lately

With the battle at Riverrun taking center stage for an episode, Catelynn's name was dropped a lot in the past season, especially during the episode where Jamie (Nikolaj Coster-Waldeau) fought her uncle, The Blackfish, to get the castle back for the Freys. That episode alone saw her name brought up in three different conversations, even though she's already been dead for three seasons and has barely been mentioned since then.

Also telling is the trailer for the final episode. In it, Jamie returns to The Twins to let the Freys know they have won back Riverrun, and the comment made by Walder Frey in the clip is very telling, because the last time it was heard was during the Red Wedding, when Roose Bolton whispered it in Robb's ear as he stabbed and killed him.

"The Freys and the Lannisters send their regards," he says in the clip.

The return of a quote that hasn't been heard since that horrifying episode, uttered by one of the men Lady Stoneheart gets her revenge on, would be satisfying if his speech is interrupted by the sudden appearance of Lady Stoneheart wouldn't it?

Game of Thrones airs Sundays at 9 p.m. on HBO. 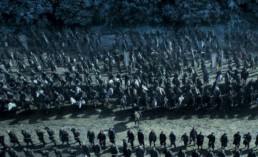 'Game of Thrones' Season 6 Spoilers: Who Will Emerge Victorious During 'The Battle of the Bastards?' [VIDEO] 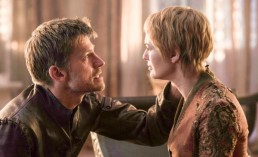 'Game of Thrones' Season 6 Spoilers: Cersei To Die, Will Jaime Kill Her? [VIDEO] 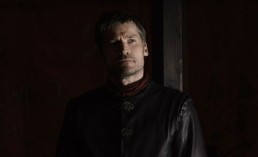