Orange Is the New Black actress Samira Wiley recently spoke on the climactic moment in season 4 and how it draws parallels with a modern-day movement.

Season 4 of Orange Is the New Black was largely centered on the growing race wars within the prison. But as the season went along, the inmates realized how poorly they were being treated by the guards and rose up against them. Unfortunately, a consequence of this protest was the death of Wiley's character Poussey, who was crushed by Officer Bayley (Alan Aisenberg).

Wiley opened up recently about this big moment and likened it to the Black Lives Matter movement.

"I think that [the Black Lives Matter movement] is always relevant," Wiley told People. "It's unfortunate that it is." She added: "I think when we told the story we were wanting it to be something that happened in the past and reflect that. Now that there are news stories after us filming this, it's unfathomable."

Wiley also talked about this with Elite Daily in a live Facebook chat, admitting that in a way she's happy that fans are so upset about Poussey's death.

"I am so happy that people are mad. I think that people should be mad. But I want people to be mad about what is happening in the real world, to real people with real lives," she explained. "I don't want the anger to be misplaced. I think that's what I want people to take away, to know that it is our responsibility as artists to be able to reflect the time that we're living in."

The actress also admitted that she hasn't watched the whole fourth season yet, mostly because she doesn't want to say goodbye to Poussey.

"It's still hard. I haven't watched all of the season yet, because I believe when I get to the end, that really will be goodbye, and I'm sort of not ready for that yet," she said.

Orange Is the New Black's first four seasons are available to stream now on Netflix. 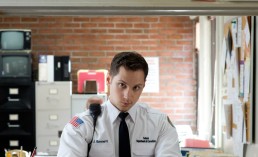 'Orange Is the New Black' Season 5 Spoilers: Will Matt McGorry Come Back As Bennett? [VIDEO] 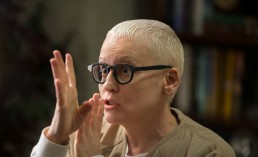 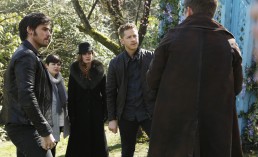