RuPaul is returning with another brilliant season.

It was announced earlier this week that RuPaul's Drag Race has officially been renewed for a ninth season, and according to Friday's post from Metro, it's going to be epic.

RuPaul, himself, revealed that the ninth year will be "bigger, better and more twisted than ever."

The drag superstar also added how grateful he is that the show is continuing its memorable journey with contestants who will show off their talent and admirable qualities.

"Thank you Logo for continuing to provide a powerful platform for these brave, gorgeous and creative souls to tell their stories," RuPaul said. "They represent the hopes and dreams of all the outsiders around the world."

It's going to probably be a while before the contestants for Season 9 are announced, but there's been some speculation lately. In a previous YouTube video, the queens who are being rumored to appear on the show include Ariel Versace, Arabia Felix, April Showers, Cherri Baum, Farrah Moan, Hellvetika, Kimora Blac, Lola Lecroix, Logan Harcore, Lushious Massacr, Nebraska Thunderf-ck, Nina West, Porcelain, Phaedra Phaded, Pulp Friction, Ridge Gallager and Veronica Pop.

Last season's winner was Bob the Drag Queen who went up against Kim Chi and Naomi Smalls in the top three. Bob spoke to TV Line on being known as the 'ratchet queen.' 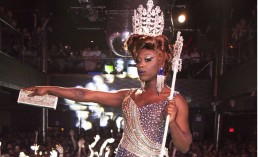 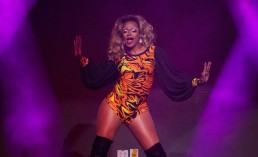 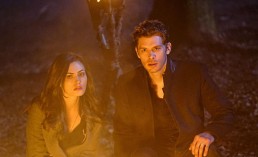 'The Originals' Season 4 Spoilers: Hayley Has 'Difficult Journey Ahead Of Her,' What Will It Involve? [VIDEO]