FX's American Horror Story is rarely sentimental, but this new trailer for season 6 might make you nostalgic.

The trailer begins with the Rubber Man featured in Murder House reaching out to grab you, which transfers into the White Nun from Asylum bleeding black from her eyes, which then becomes the snake weaving out of three women's mouths for Coven. This transfers into the freak show performer wearing a long tent-looking dress for Freak Show, which becomes the screaming person with mattress-like skin with a key jabbed into its mouth for Hotel. We then see flashes of the various teasers for season 6, not settling on any one concept.

While the trailer is a nice trip down memory lane, it may also serve as a clue for what to expect in season 6. Does this mean we'll see glimpses of past seasons in the upcoming sixth season? After all, Freak Show began the trend of seeing characters from previous seasons, which multiplied further in Hotel. Will we see even more glimpses of the past in season 6? Only time will tell.

American Horror Story executive producer Ryan Murphy previously spoke about showing out the seemingly-separate seasons of the show are interconnected.

"They're all connected. We're just beginning to tell you how they're connected," Murphy revealed in 2014 to Entertainment Weekly. "They're all very separate but there's clues every season that we're now telling you how the different worlds are intertwined."

Check out the fascinating new trailer below: 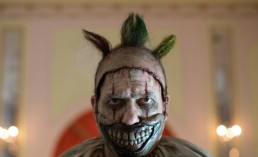 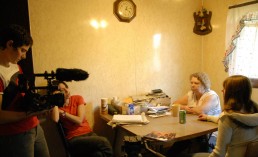