The GPU market just got a lot more interesting, as rumors have emerged that AMD would start rolling out its upcoming Vega GPUs sometime during the first half of 2017. With AMD's Vega breaching the market, products like Nvidia's GeForce GTX 1080 would have a brand new challenge to face.

According to AMD chief technology officer Mark Papermaster on Tuesday, the tech firm's first wave of Vega GPUs would specifically target the high-end PC market. That is, the GPU would be designed for the most arduous computing tasks today.

Papermaster further stated that the upcoming Vega GPUs are expected to provide a notable boost in both power and performance compared to the company's Polaris-based GPUs, such as the $199.00 Radeon RX 480, which was launched earlier this year.

Though the exact specifications of the AMD Vega GPUs are still unknown as of writing, speculations are high that the upcoming GPU will feature next-generation High-Bandwidth Memory (HBM2), which is capable of providing throughput of up to 256GBps, depending on the GPU's specific configurations.

It should be noted that AMD's GPUs have always been very reliable, with even the low-end Radeon RX 480 being capable enough to run and support VR content on desktop computers. Thus, with the Vega expected to blow the specs of the Polaris-based Radeon RX 480 out of the water, there is a very high likelihood that the Vega GPUs would be monsters when it comes to performance.

It's not like AMD has it easy on the GPU market, either, as its main rival, Nvidia, has been stepping up its game this year, as well. Nvidia already has a Pascal-based chip out in the market, such as the powerful GeForce GTX 1080 and the equally great GeForce GTX 1070. Just like the upcoming AMD Vega GPUs, both of these Nvidia chips are insanely powerful in their own right.

If any, the developments in the GPU world are beneficial to one particular aspect of the industry - the consumers. With competition heating up, consumers could finally get access to satisfactory graphics cards without having to break the bank. 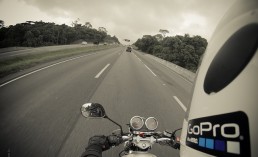 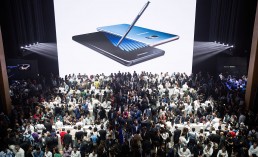