Sherlock might be coming to an end sooner rather than later, based on a new Benedict Cumberbatch interview.

Cumberbatch, who plays the titular Sherlock Holmes in Sherlock, is definitely concerning some fans with one quote in a recent interview. The actor alluded to the fact that Sherlock might be ending after the upcoming fourth season, mostly due to the cast and crew's busy schedules.

"It might be the end of an era. It feels like the end of an era, to be honest," Cumberbatch told GQ, referring to Sherlock. "It goes to a place where it will be pretty hard to follow on immediately. We never say never on the show. I'd love to revisit it, I'd love to keep revisiting it, I stand by that, but in the immediate future we all have things that we want to crack on with and we've made something very complete as it is, so I think we'll just wait and see."

Cumberbatch's comments suggest that we will likely see an even bigger break between seasons 4 and the yet-to-exist season 5, if the latter season is even planned at all. However, we can probably expect Cumberbatch to return to the character of Sherlock at some point in his career, even if it's further down the road.

"The idea of never playing him again is really galling," he admitted in the interview.

This isn't too outside the norm considering how often certain properties are brought back after several years (even decades!). In a pop culture world that includes Fuller House, The X-Files revival, the Twin Peaks revival and even the new Star Wars film franchise, Cumberbatch's iteration of Sherlock can still happen, even if there's an extended break.

Cumberbatch and co-star Martin Freeman, who plays Dr. John Watson in the series, have had busy film and TV careers lately, starring in blockbusters like The Hobbit, Doctor Strange, Captain America: Civil War and more.

Sherlock season 4 is expected to premiere in 2017. 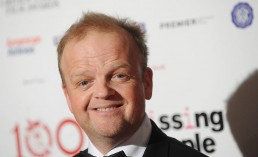 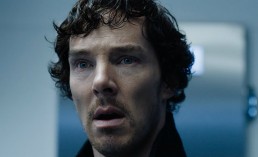 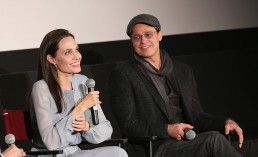