Lamar Odom is making headlines yet again, but this time it is due to his ties to a hooker.

According to a new report, one of the women working at the brothel in Nevada where Odom suffered an overdose at the end of last year, is now starring in a new music video by rapper Snoop Dogg.

"The Nevada hooker at the center of the Lamar Odom overdose has relaunched her 'career' as a sexy hip hop dancer - landing a role in a Snoop Dogg video," the Daily Mail revealed to readers on Monday. "Cherry Ryder, 26, was one of two prostitutes who spent the night partying with NBA great Odom at a legal brothel before he consumed a near-lethal cocktail of drink and drugs."

Ryder, real name Kortnie Cannon, who never revealed what happened to Odom prior to his drug overdose, can now be seen in the video for Snoop Dogg's latest single, "Kill 'Em Wit The Shoulders."

During Odom's visit to Dennis Hof's Love Ranch in Pahrump, Nevada, a legal brothel, he selected Ryder and another small blonde woman, Monica Monroe, to keep him company in a VIP suite at the venue.

"Ryder and the second petite blonde, Monica Monroe, visited their rich client as often as six times a day for ‘private party sessions’ before calling for help when they found him passed out," the Daily Mail recounted. "Odom spent several days in a coma before being transferred to a medical center in LA where he underwent months of physical therapy and rehabilitation to learn to speak and walk again." 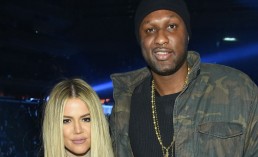 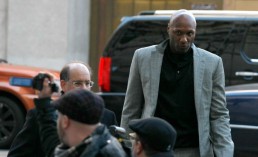 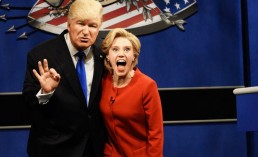