Mr. Robot Season 3 is one of the television series that doesn't have concrete details about the premiere. Nonetheless, the show is anticipated to air some this year and one of the storylines might revolve with Elliot demanding for Angela's explanation for betrayal.

According to Christian Post, one of the anticipated storylines to look forward to in Mr. Robot Season 3 is how Angela became a member the Dark Army. Phillip Price (Michael Cristofer) and Whiterose (B.D. Wong) must do something to make her join the bandwagon and be disloyal to her loved ones. It was noted that Angela has been very loyal to Elliot and sometimes to Darlene (Carly Chaikin).

Moreover, the series creator Sam Esmail previously exposed in an interview that Doubleday's character would take the spotlight in season 4. He stated that "Angela, to me, is one of the more fascinating characters. What's great about her character is that there's an elasticity to her motivations. You think she's going one way, and then you realize she's actually going another. This just doubles it down for us. Now she's part of this group we never would have expected. She's shifted once again. But is this an alliance with Elliot, or is it against Elliot, one of her oldest childhood friends?"

Furthermore, Mobile & Apps has learned that Mr. Robot Season 3 will also feature the deterioration of Elliot's mental disorder. Although it is still uncertain how the series will continue with that storyline, Esmail did ratify that they will not change anything. As a matter of fact he stated that, "It is about paring things down and focusing them a little more. It is not about changing the story. We plot out the whole season in an intricate way. To change one thing would have a domino effect."

Even though there will be no radical changes to the show's story, Esmail that he will move the focus a bit toward Angela's participation and "her involvement in all of this." He stated that "There is elasticity to her motivations." He also added, "You think she is going one way and then you realize she is actually going another. Now, she is part of this group we never would have expected."

As for the premiere of Mr. Robot Season 3, there is still no confirmed detail and its patrons will have to wait for further announcements. 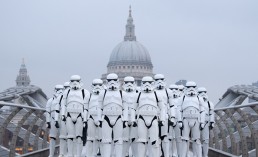